Olivia of Palermo
The basics

Saint Olivia of Palermo (Italian: S. Oliva dì Palermo, Sicilian: Uliva di Palermu), Palermo, 448 – Tunis, 10 June 463, is a Christian virgin-martyr who was venerated as a local patron saint of Palermo, Sicily in the Middle Ages, as well as in the Sicilian towns of Monte San Giuliano, Termini Imerese, Alcamo, Pettineo and Cefalù.

Her feast day is on June 10, and she is represented as a young woman with olive branches surrounding her, holding a cross in her right hand.

Saint Olivia seems to have been sanctified by popular tradition alone as a pious local saint, since her name was not recorded historically in any mainstream Latin or Greek martyrology or Hagiology of the Church.

The oldest textual sources of her Life include a Gallo-siculo Breviary of the twelfth century, which records her memory and is still preserved in Palermo, as well as a document in vulgar Sicilian of the fourteenth century found in Termini Imerese, and a Life contained in a lectionary of the fifteenth century.

A venerable icon of Olivia also exists, perhaps of the twelfth century, which depicts Saint Olivia with saints Elias, Venera and Rosalia.

There are also references to a church being dedicated to her in Palermo since AD 1310 on the supposed site of her burial. Today this is the Chiesa di San Francesco di Paola (Church of Saint Francis of Paola).

In addition, numerous Lives of this Saint were published in Sicily, both in prose and in verse, and also in the form of sacred representation until the end of the eighteenth century, reflecting the fair vitality of her cult. She is recorded in the Sicilian martyrology of father Ottavio Gaetani (SJ), as well as in the Palmerian martyrology of father Antonio Mongitore in 1742. A Breviary from Cefalù also contains a detailed entry on her Life (Breviary Cefaludes).

The Bollandists published in 1885 the Acts of Saint Olivia, which they took from the lectionary of the Church in Palermo.

Moreover, Sicily's most illustrious writer of the 17th century, the poet Petru Fudduni (born Pietro Fullone) wrote a poem in 114 octaves about her, while a dramatic opera of Gioacchino Bona Fardella, a tragedy in three acts, was also famous in its day.

According to the hagiographic legend, Olivia was the beautiful daughter of a noble Sicilian family, born around 448 AD. Local hagiographers state that she was born in the Loggia district of Palermo. From her early years she devoted herself to the Lord while declining honors and riches, and loved to give charity to the poor. In 454 AD Genseric, king of the Vandals, conquered Sicily and occupied Palermo, martyring many Christians. When she was thirteen Olivia began to comfort the prisoners and urged the Christians to remain steadfast in their faith. The Vandals were impressed by the strength of her spirit, seeing that nothing could prevail against her faith, and so in deference to her noble house, they sent her to Tunis where the governor would attempt to overcome her constancy.

In Tunis Olivia worked miracles and began to convert the pagans. The governor therefore ordered that she be relegated to a lonely place as a hermitess, where there were wild animals, hoping that the beasts would devour her or that she would die of hunger. However the wild animals lived peacefully around her. One day some men from Tunis who were hunting found her, and impressed by her beauty tried to abuse her; but Olivia converted them too with the word of the Lord and they were baptized. After miraculously curing many of the sick and suffering in the region, Olivia converted many pagans to the Christian faith. When the governor heard about these things he had her arrested and imprisoned in the city in an attempt to make her apostatize. She was scourged and she was stripped and submerged into a cauldron of boiling oil, but these tortures did not cause her any harm, nor did they make her renounce her faith. Finally she was beheaded on June 10 of the year 463, and her soul "flew to the sky in the form of a dove" (Italian: "sotto forma di colomba volò al cielo").

At the end of 1500 her cult was spread by the Franciscans, who sought her body.

On June 5, 1606 the people and Senate of Palermo elected Saint Olivia as Patroness of the city, together with Saint Agatha, Saint Christina and Saint Nympha. These four patronesses were chosen for each of the four major parts of the city. Their commemoration was entered in the Palermian Calendar by Cardinal Giannettino Doria in 1611.

Their veneration waned following the discovery in 1624 of the (alleged) relics of Saint Rosalia, who had appeared to rescue the city from the plague. Thereafter Saint Rosalia began to be venerated as a patroness of the city as well.

In 1940 a parish was dedicated to Saint Olivia in the city.

Her commemoration as patron saint continued to be celebrated by the Church in Palermo until 1980 as a mandatory commemoration. However, in 1981 it was officially removed from the local Liturgical Calendar.

In Tunis, the Roman Catholic Cathedral of St. Vincent de Paul and Saint Olivia is also dedicated to her. It was begun in 1893, replacing the oldest Christian monument in the city (a chapel built Father Jean Le Vacher in 1650), and was opened on Christmas of 1897.

Saint Olivia and Islam in Tunisia

The Great Mosque of Al-Zaytuna ("Mosque of Olive") is the oldest in the Capital of Tunisia and covers an area of 5,000 square metres (1.2 acres) with nine entrances. Its exact building date varies according to the sources. Ibn Khaldun and Al-Bakri wrote that it was built in 116 Hijri (731 AD) by Obeid-Allah Ibn Al-Habhab. However, Ahmed in Abu Diyaf and Ibn Abi Dinar attributed its foundation to Hasan ibn al-Nu'man, who led the conquest of Tunis and Carthage. Most scholars agree that the closest date is 84 Hijri (703 AD), and what Al-Habhab did was in fact enlarge the mosque and improve its architecture.

One legend states that it was called "Mosque of Olive" because it was built on an ancient place of worship where there was an olive. However the most accepted explanation is that transmitted by the 17th century Tunisian historian Ibn Abi Dinar, who spoke about the presence of the tomb of Santa Olivia at that location. Recent research has shown that indeed this mosque was built on a Christian basilica. With the advent of Islam, the church was converted into a mosque, retaining the dedication, but translating the name into Arabic.

The saint is particularly venerated in Tunisia because it is superstitiously thought that if the site and its memory are profaned then a misfortune will happen; this includes a belief that when her relics are recovered Islam will end. This ancillary legend related to the discovery of the saint's relics is widespread in Sicily, however it is connected to other Saints as well.

In 1402 king Martin I of Sicily requested the return of Saint Olivia's relics from the Berber Caliph of Ifriqiya Abu Faris Abd al-Aziz II, who refused him. Even today the Tunisians, who still venerate her, believe that the dominion of their religion will fade when the body of the Virgin Olivia will disappear.

The main criticism of the life of Saint Olivia is that the elements of her legend do not have a personal nature in and of themselves, but they all derive, with slight modifications, from old themes or archetypes that were dear to the medieval imagination, such as that of the 'sacred heroine' or the 'persecuted maiden' . The Italian teacher and writer Giuseppe Agnello carefully undertook to sift the hagiographic tradition from the literary one, and did not see anything more than a random homonymous saint of Palermo conflated with the heroine of the mystery play dedicated to her, which was studied extensively by Alessandro d'Ancona and Alexander Veselovsky (who in turn cited Ferdinand Wolf).

Nevertheless, Msgr. Paul Collura defends Saint Olivia's historicity writing that "the core of our ancient legends has a substrate that should not be underestimated, and since the Arab domination in Sicily (827–1092) made a clean sweep of all the written documents, sacred and profane, the memory of several Saints has been handed down only on the thread of memory."

Furthermore, it has been accurately pointed out that the Roman Catholic church has remained somewhat aloof from Southern Italian saint cults.

The contents of this page are sourced from Wikipedia article on 27 Mar 2020. The contents are available under the CC BY-SA 4.0 license.
View Olivia of Palermo 's image gallery
Image Gallery 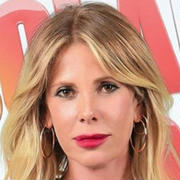 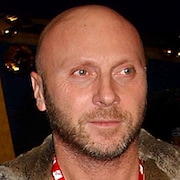