Carlos St. John Phillips (born August 26, 1986), known professionally as Saint Jhn (stylized as SAINt JHN), is an American-Guyanese rapper, singer, songwriter, and record producer. He released his first album under the Saint Jhn moniker, Collection One, in March 2018. He is best known for his single "Roses", initially released in 2016. A 2019 remix of "Roses" by Kazakh DJ Imanbek helped the song become a worldwide hit; reaching the top 5 of the US Billboard Hot 100 and topped the charts in Australia, the Netherlands, Ireland, New Zealand, and the United Kingdom. Prior, John wrote songs for a number of acts, including Jidenna, Hoodie Allen, Usher, and Kiesza, among others. He is a founding member of the Gødd Complexx music collective.

Phillips was born in Brooklyn, New York and is of Guyanese descent. Growing up, he split his time between Brooklyn and Guyana. He began creating music when he was twelve years old and was inspired by his older brother, who would rap in the neighborhood with friends. He wrote his first song in his first year of high school while living in Guyana.

Prior to adopting the Saint Jhn stage name, he performed and wrote using his birth name, Carlos St. John (or Carlos Saint John). In 2010, he released an EP (The St. John Portfolio) and a mixtape (In Association) under his birth name. Soon after, he was flown to Los Angeles by music executive, Zach Katz. For two months, he wrote songs for Rihanna, but none of his records were accepted. After returning home, Saint Jhn co-wrote the 2012 Hoodie Allen song, "No Interruption". In the following years, Saint Jhn wrote songs for Kiesza, Gorgon City, and Nico & Vinz, among others. In 2016, he earned a writer credit for the Usher songs, "Crash" and "Rivals", both of which appeared on the Hard II Love album. Also in 2016, he released his first song under the moniker, Saint Jhn, entitled "1999". He followed that with two more songs in 2016, "Roses" and "Reflex". In October 2016, it was announced that Saint Jhn would open up for Post Malone during a run of shows on the West Coast.

In February 2017, Jidenna's album, The Chief, was released featuring the song, "Helicopters / Beware" which Jhn co-wrote. The following month, Saint Jhn released another original track, "3 Below". In October of that year, he played at two festivals, Rolling Loud and the Voodoo Experience. He also released another new song, "Hermes Freestyle". In February 2018, Saint Jhn released "I Heard You Got Too Litt Last Night". In early March, he released the song, "Albino Blue", and on March 30, 2018, his debut album was released. At that time, the already-released songs on the album had accrued 50 million total streams on various platforms. In addition to working on music and a tour in support of Collection One, Saint Jhn was hired by Gucci as a model for its "Guilty" campaign alongside Adesuwa Aighewi. In April 2020, Saint Jhn's single "Roses" hit number one in the Australian singles chart as well as the UK singles chart, sirged by the release of the Imanbek dance remix. The song later received two other remixes, with Future and J Balvin, respectively.

In early October 2020, Saint Jhn was among the acts who performed live for the 2020 Billboard Music Awards, following the success of "Roses". On October 23, 2020, he released the video for the single, "Gorgeous", which serves as the lead single for his third studio album, While the World Was Burning. On October 26, he revealed the album's artwork, tracklist, and release date as November 20, 2020. The album includes the songs "High School Reunion, Prom", featuring Lil Uzi Vert, "Monica Lewinsky, Election Year", featuring DaBaby and A Boogie wit da Hoodie, as well as "Pray 4 Me", featuring Kanye West. 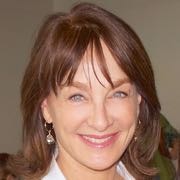