Saint Faith or Saint Faith of Conques (Latin: Sancta Fides; French: Sainte-Foy; Spanish: Santa Fe) is a saint who is said to have been a girl or young woman of Agen in Aquitaine. Her legend recounts how she was arrested during persecution of Christians by the Roman Empire and refused to make pagan sacrifices even under torture. Saint Faith was tortured to death with a red-hot brazier. Her death is sometimes said to have occurred in the year 287 or 290, sometimes in the large-scale persecution under Diocletian beginning in 303. She is listed as Sainte Foy, "Virgin and Martyr", in the martyrologies.

The center of her veneration was transferred to the Abbey of Sainte-Foy, Conques, where her relics arrived in the ninth century, stolen from Agen by a monk from the Abbey nearby at Conques.

A number of legends exist regarding Faith, and she was confused with the three legendary sisters known as Faith, Hope, and Charity. She is recorded in the Martyrologium Hieronymianum under October 6, but the date of her death is not given. A Passio, now lost, once existed, and appears in summarized form in the ninth-century martyrology of Florus of Lyon. Her legends portray her as a patron who could turn against those who only gave small donations to her church at Conques.

It is believed that Saint Faith, a young girl from Agen, was martyred at the end of third or beginning of the fourth century, in which she was tortured over a brazier. The first extant reference to the martyrdom of Faith exists in the late sixth-century manuscript copy of the martyrology of Jerome, who died in 420, in which her feast day is listed as 6 October. Faith's martyrdom was later recounted in the Passio in the mid-ninth-century. Her popular hagiography, liber miraculorum sancte fidis, attributed to the churchman Bernard of Angers (composed between ca 1013 and after 1020), calls miracles associated with Faith joca—Latin for "tricks" or "jokes", the kind that "the inhabitants of the place call Sainte Foy's jokes, which is the way peasants understand such things." One such joke was the following story: a local castellan holds onto a ring that his dying wife had promised to the saint. The castellan, whose name is Austrin, uses the ring, however, to wed his second wife. Saint Faith causes the finger of the second wife to swell up in unbearable pain. Austrin and his new wife visit the saint's shrine, and on the third night, "when the sorrowful woman happened to blow her nose, the ring flew off without hurting her fingers, just as if it had been hurled from the strongest siege engine, and gave a sharp crack on the pavement at a great distance."

The Cançó de Santa Fe, celebrating Saint Faith in 593 octosyllabic lines, is the earliest written work in the Catalan language, set down during the reign of Ramon Berenguer I, Count of Barcelona, between 1054 and 1076 (often dated c. 1070). It was primarily based on a now lost Latin Passio sanctorum Fidis et Caprisii.

Saint Faith's life and martyrdom has been recounted in several other verse narratives and martyrologies. A French verse narrative of Saint Faith, La Vie de Sainte Foy, was written by Simon of Walsingham, a monk at the Bury St Edmunds Abbey based on Latin sources.

During the 12th century, Faith's cult (i.e., devotion and religious practise associated with her) was fused with that of Caprasius of Agen (Caprais) and Alberta of Agen, both associated with Agen Caprasius' cult in turn was also fused with that of Primus and Felician, who are called Caprasius' brothers. Simon of Walsingham's 12th-century verse narrative of Saint Faith's life, La Vie de Sainte Foy, Dacian, Caprais, and Primus and Felician figure heavily.

One legend, retold in La Vie de Sainte Foy by Simon of Walsingham in the 12th century, states that during the persecutions of Christians by the prefect Dacian, Caprasius fled to Mont-Saint-Vincent, near Agen. He witnessed the execution of Faith from atop the hill. Caprasius was condemned to death, and was joined on his way to execution by Alberta, Faith's sister (also identified as Caprasius' mother), and two brothers, named Primus and Felician. All four were beheaded.

In the fifth century, Dulcitius, bishop of Agen, ordered the construction of a basilica dedicated to her, later restored in the 8th century and enlarged in the 15th. It was demolished in 1892 due to an urban planning effort at Agen.

However, the center of her cult was not the basilica but the abbatial church of Saint Foy at Conques. In the year 866, her remains had been transferred to Conques, which was along the pilgrimage route to Compostela. Her cult, centered at the Abbatiale Sainte-Foy de Conques, spread along the pilgrim routes on the Way of St. James—and beyond, for her cult became popular in England, Italy, and South America. In c. 1105, a priory dedicated to Saint Faith was erected in Horsham, a village in Norfolk, by Robert and Sybil Fitzwalter, in which murals of Saint Faith have survived, discovered in 1969 hidden behind a refectory wall.

The gilded reliquary at Conques was described in Bernard of Angers's Book of Miracles of Sainte Foi, about 1010. It has since been repeatedly adapted and enriched, into the nineteenth century. The head itself, made of a different gold from the body—which is fashioned of thin plates over a yew wood—has been tentatively identified as an imperial portrait of the Later Roman Empire. Thomas Hoving, former director of the Metropolitan Museum of Art, has alternately theorized that the life-size golden face is a portrait or death mask of Charlemagne.

Part of her relics were moved to the monastery of Sant Cugat in Catalonia in 1365. However, the reliquary can be seen in the Abbey at Conques, in France. Important churches were also dedicated to her at Conches-en-Ouche in Normandy and at Sélestat, in Alsace (see St. Faith's Church, Sélestat).

Several geographical locations have been named after Saint Faith in North America: In the United States, the city of Santa Fe, New Mexico, as well as the Santa Fe Springs in Los Angeles, California, take their namesake from Saint Faith. 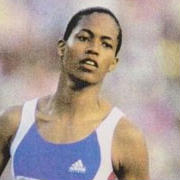