Saint Eligius (also Eloy, Eloi or Loye; French: Éloi; 11 June 588 – 1 December 660 AD) is the patron saint of goldsmiths, other metalworkers, and coin collectors. He is also the patron saint of veterinarians, the Royal Electrical and Mechanical Engineers (REME), a corps of the British Army, but he is best known for being the patron saint of horses and those who work with them. Eligius was chief counsellor to Dagobert I, Merovingian king of France. Appointed the bishop of Noyon-Tournai three years after the king's death in 642, Eligius worked for twenty years to convert the pagan population of Flanders to Christianity.

Eligius was born at the "villa" of Chaptelat, six miles north of Limoges, in Aquitaine (now France), into an educated and influential Gallo-Roman family. His father, recognising unusual talent in his son, sent him to the goldsmith Abbo, master of the mint at Limoges. Later Eligius went to Neustria, the palace of the Franks, where he worked under Babo, the royal treasurer, on whose recommendation Clotaire II, king of the Franks, is said to have commissioned him to make a throne of gold adorned with precious stones.

"And from that which he had taken for a single piece of work, he was able to make two. Incredibly, he could do it all from the same weight for he had accomplished the work commissioned from him without any fraud or mixture of siliquae, or any other fraudulence. Not claiming fragments bitten off by the file or using the devouring flame of the furnace for an excuse, but filling all faithfully with gems, he happily earned his happy reward."

St. Eligius is the Patron Saint of the Royal Electrical and Mechanical Engineers.

Among other goldsmith's work soon entrusted to Eligius were the bas-reliefs for the tomb of Saint Germain, Bishop of Paris. Clotaire took Eligius into the royal household and appointed him master of the mint at Marseilles.

After the death of Clotaire in 629, Dagobert appointed his father's friend his chief councillor. Eligius' reputation spread rapidly, to the extent that ambassadors first sought out Eligius for counsel and to pay their respects to him before going to the king. He made some enemies. His success in inducing the Breton prince, Saint Judicael, to make a pact with Dagobert, at a meeting at the king's villa of Creil (636–37) increased his influence:

'Indeed King Dagobert, swift, handsome and famous with no rival among any of the earlier kings of the Franks, loved him so much that he would often take himself out of the crowds of princes, optimates, dukes or bishops around him and seek private counsel from Eligius".

Eligius took advantage of this royal favor to obtain alms for the poor, and to ransom captive Romans, Gauls, Bretons, Moors, and especially Saxons, who were arriving daily at the slave market in Marseilles. His friend recalled him with love:

"He was tall with a rosy face. He had a pretty head of hair with curly locks. His hands were honest and his fingers long. He had the face of an angel and a prudent look. At first, he was used to wear gold and gems on his clothes, having belts composed of gold and gems and elegantly jeweled purses, linens covered with red metal and golden sacs hemmed with gold and all of the most precious fabrics including all of silk. But all of this was but fleeting ostentation from the beginning and beneath he wore a hairshirt next to his flesh and, as he proceeded to perfection, he gave the ornaments for the needs of the poor. Then you would see him, whom you had once seen gleaming with the weight of the gold and gems that covered him, go covered in the vilest clothing with a rope for a belt."

Besides Eligius' self-mortification, Dado recalled his propensity for weeping, "For he had the great grace of tears."

Eligius founded several monasteries, and with the king's consent, sent his servants through towns and villages to take down the bodies of criminals who had been executed and give them decent burial. Eligius was a source of edification at court, where he and his friend Dado lived according to the strict Irish monastic rule that had been introduced into Gaul by Saint Columbanus. Eligius introduced this rule, either entirely or in part, into the monastery of Solignac near Limoges, which he founded in 632 at a villa he had purchased, and also at the convent he founded at Paris, where three hundred virgins were under the guidance of the Abbess Aurea. He also built the basilica of St. Paul, and restored the basilica at Paris that was devoted to Saint Martial, the patron bishop-saint of his native Limoges. Eligius also erected several fine tombs in honor of the relics of Saint Martin of Tours, the national saint of the Franks, and Saint Denis, who was chosen patron saint by the king.

On the death of Dagobert (639), Queen Nanthild took the reins of government, the king Clovis II being a child. During this regency, Eligius launched a campaign against simony in the church. On the death of Acarius, Bishop of Noyon-Tournai, March 14 of Clovis's third year (642), Eligius was made his successor, with the unanimous approbation of clergy and people. "So the unwilling goldsmith was tonsured and constituted guardian of the towns or municipalities of Vermandois which include the metropolis, Tournai, which was once a royal city, and Noyon and Ghent and Kortrijk of Flanders."

The inhabitants of his new diocese were pagans for the most part. He undertook the conversion of the Flemings, Frisians, Suevi, and the other Germanic tribes along the North Sea coast. He made frequent missionary excursions and also founded a great many monasteries and churches. In his own episcopal city of Noyon he built and endowed a nunnery for virgins. After the finding of the body of St. Quentin, Bishop Eligius erected in his honor a church to which was joined a monastery under the Irish rule. He also discovered the bodies of St. Piatus and his martyred companions, and in 654 removed the remains of Saint Fursey, the celebrated Irish missionary (died 650).

Eligius died on 1 December 660 and was buried at Noyon.

Several writings of Eligius have survived: a sermon in which he combats the pagan practices of his time, a homily on the Last Judgment, and a letter written in 645, in which he begs for the prayers of Bishop Desiderius of Cahors. There are fourteen other pseudepigraphical homilies that are no longer attributed to him.

An important study about the work of Eligius as a goldsmith was contributed by the German scholar Hayo Vierck to the Joachim Werner Festschrift in 1974.

St Eligius is particularly honored in Flanders, in the province of Antwerp, and at Tournai, Kortrijk, Ghent, Bruges, and Douai. During the Middle Ages his relics were the object of special veneration, and were repeatedly divided and transferred to other resting-places, in 881, 1066, 1137, 1255, and 1306. A mass of legend has gathered round the life of Saint Eloi, who as the patron saint of goldsmiths is still very popular with goldsmiths, farriers and car mechanics.

He is the patron of goldsmiths, blacksmiths, and all workers in metal, although English goldsmiths adopted St. Dunstan as their patron saint. He is generally represented as a bishop, a crosier in his right hand, holding a miniature church of chased gold on the open palm of his left hand. St. Eligius is also the patron saint of cattle and horses.

An annual mass is celebrated around 9 December at Notre Dame de Paris for members of the Confraternity of St Eloi. This follows the tradition of the May offering, usually a religious painting, made to the Cathedral between 1630 and 1707 by the goldsmiths of Paris. The tradition of the Guild Chapel was revived in 1953 by the Paris goldsmiths who provided the altar, crucifix above it and a statue of the Saint.

Legend of the shoeing of the horse

There is also a legend that St Eloi resolved the problem of a horse reluctant to be shod. He thought it was possessed by demons, so he cut off the horse's foreleg and, while the horse stood on the remaining three legs and watched, he re-shod the hoof on the amputated leg, before miraculously re-attaching the leg to the horse.

The legend is depicted in a pre-Reformation carving in the Wincanton Parish Church, Slapton Church Northamptonshire, England, a tapestry in the Hospices de Beaune (Hotel Dieu) in Beaune, France as well as in a 14th-century painting attributed to Niccolo di Pietro Gerini in the Petit Palais in Avignon, France. The painting was confiscated from an Austrian collector by the Germans during WWII, and was restituted to the heirs of the original owners in March 2013 by the French Ministry of Culture.

The saint is invariably depicted in bishop's garb, holding his emblem, a goldsmith's hammer. The only exceptions are in illustrations to his vita, that depict episodes before his investiture as bishop. The Petrus Christus panel of 1449 illustrating this article, since the removal of its overpainted halo in 1993, is now recognised in the Lehman Collection at the Metropolitan Museum of Art as the Vocational Portrait of a Goldsmith, and not as a depiction of Eligius.

The American television series St. Elsewhere takes place in St. Eligius Hospital in Boston. A statue of St. Eligius is seen occasionally. In the fifth season episode "After Life", Dr. Wayne Fiscus encounters St. Eligius in Heaven, where he appears on horseback.

The contents of this page are sourced from Wikipedia article on 25 Mar 2020. The contents are available under the CC BY-SA 4.0 license.
View Eligius 's image gallery
Image Gallery 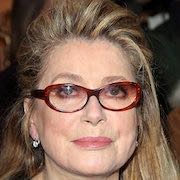