Said Djauharsjah Jenie (22 August 1950, Surakarta – July 11, 2008, Bandung) was an Indonesian scientist and teacher. He was the head of The Agency for the Assessment and Application of Technology (AAAT) from 2006 until his death in 2008. He was a member of the Board of Commissioners PT. Indonesian Aerospace.

Said Jenie was one of the key figures behind the success of the maiden flight of aircraft N-250, the first commercial aircraft entirely designed and made in Indonesia. He worked as an educator in the Department of Aerospace Engineering ITB (ITB) as Professor Prodi Engineering Flight. Said was a researcher at the Massachusetts Institute of Technology (MIT) and NASA in United States.

Said Jenie died in Bandung Hospital on July 11, 2008 due to heart disease. He was buried in Family Cemetery Sewu, Bantul, Yogyakarta.

Jenie married Sadarijah with whom he had two daughters, Asih Nurul Sadarijah and Gita Ismailia Isbandiyah. Said Jenie was the son of Jenie Nahar Minangkabau and Isbandiyah.

The contents of this page are sourced from Wikipedia article on 24 Jun 2020. The contents are available under the CC BY-SA 4.0 license.
View Said Djauharsjah Jenie 's image gallery
Image Gallery 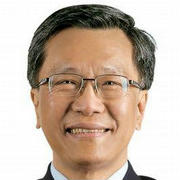