Sahra Wagenknecht (German pronunciation: [ˌzaːʁaː ˈvaːɡn̩ˌknɛçt]; born 16 July 1969) is a German left-wing politician, economics graduate, author and publicist. She is a member of the National Committee of the Left Party and, since May 2010, deputy chairperson of the party. Since 2009, she has been a member of the Bundestag.

Wagenknecht was born on 16 July 1969 in the East German city of Jena. Her father is Iranian and her mother, who worked for a state-run art distributor, is German. She was cared for primarily by her grandparents until 1976, when she and her mother moved to East Berlin. While in Berlin, she became a member of the Free German Youth (FDJ). She completed her Abitur exams in 1988 and joined the Socialist Unity Party (SED) in early 1989. From 1990 she studied Philosophy and New German Literature as an undergraduate in Jena and Berlin but dropped out. She then enrolled as a philosophy student at the University of Groningen where she earned an MA in 1996 for a thesis on the young Karl Marx's interpretation of Hegel, published as a book in 1997. From 2005 until 2012 she studied economics at the TU Chemnitz, where she earned a PhD with a dissertation on "The Limits of Choice: Saving Decisions and Basic Needs in Developed Countries", subsequently published by the Campus Verlag.

After the fall of the Berlin Wall and the transformation of the SED into the Party of Democratic Socialism (PDS), Wagenknecht was elected to the new party's National Committee in 1991. She also joined the PDS's Communist Platform, an orthodox Marxist faction.

In the 1998 German federal election, Wagenknecht ran as the PDS candidate in a district of Dortmund, garnering 3.25 percent of the vote. Following the 1999 European elections, she was elected as a PDS representative to the European Parliament. Among her duties in the parliament is serving on the Committee on Economic and Monetary Affairs and Delegation, as well as the Euro-Latin American Parliamentary Assembly.

Following the merger of the PDS and the WASG that formed the Left Party, Wagenknecht considered campaigning for the position of party vice-chair. However, party leaders such as Lothar Bisky and Gregor Gysi objected to the idea primarily because of her perceived sympathies for the former German Democratic Republic. Following the controversy, she announced that she would not run for the post. Wagenknecht successfully contested a seat in the 2009 federal election in North Rhine-Westphalia. She became the Left Party's spokesperson for economic politics in the Bundestag. On 15 May 2010 she was at last elected vice-president of the Left Party with 75.3% of the vote.

At the start of 2012 it emerged that Wagenknecht was one of 27 Left Party Bundestag members kept under surveillance by the security services.

On 28 May 2016 an activist from the anti-fascist group Torten für Menschenfeinde ("Cakes for Enemies of Humanity") pushed a chocolate cake in Wagenknecht's face at a Left Party meeting in Magdeburg in response to Wagenknecht's calls for limits on the number of refugees.

Wagenknecht has argued that the Left Party must pursue radical and anticapitalist goals, thereby remaining distinct from the more moderate Social Democratic Party (SPD) and Green Party. She has criticized the Left Party's participation in coalition governments, especially the Berlin state government, which has made cuts to social spending and privatized some services.

She has expressed strong support for the rise of left-wing leaders in Latin America, such as Hugo Chávez and SYRIZA's 2015 electoral victory in Greece. She serves as a spokesperson for the Venezuela Avanza solidarity network, and she is an alternate on the European Parliament's delegation for relations with Mercosur.

Wagenknecht married businessman Ralph-Thomas Niemeyer in May 1997. However, on 12 November 2011, politician Oskar Lafontaine stated publicly that he and Wagenknecht had become "close friends" (German: eng befreundet). At the time, Wagenknecht and Lafontaine had already separated from their respective spouses, and on 22 December 2014, they married. 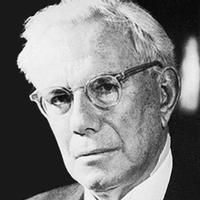