Gervasi was born in London. His mother, Milli Kasoy, was Canadian. His father, Sean Gervasi, who was American, was an economic advisor to John F. Kennedy in the White House, an expert in Yugoslav affairs, and taught economics at Oxford, the LSE and the University of Paris at Vincennes. His uncle, Tom Gervasi, was an expert on intelligence matters and author of the Myth of Soviet Military Supremacy and the Arsenal of Democracy series.

Gervasi was educated at Westminster School, and then read modern history at King's College London. As a teenager in 1981, Gervasi befriended Canadian metal band Anvil when they toured London and became a roadie for the band on three tours, eventually becoming close friends until a falling out in 1986. He was also an original member of alternative rock group Bush.

Gervasi's first position was to work for the Poet Laureate of the United Kingdom, Ted Hughes at the Arvon Writing Foundation, founded by two young poets, John Fairfax and John Moat, in 1968. After completing his degree, he subsequently worked for John Calder of the Samuel Beckett archive helping to arrange a vast sale of Beckett's personal papers at Sotheby's in 1989, including Beckett's own annotated version of Waiting for Godot which sold to Trinity College, Dublin.

Gervasi moved to Los Angeles in 1995 to attend the graduate screen-writing programme at UCLA Film School, where he twice won the BAFTA/LA scholarship. While in the programme, he supported himself by working as a journalist, writing for newspapers and magazines, including The Sunday Times, The Observer, and Punch.

Gervasi got his film-writing start with The Big Tease, which he co-wrote with Craig Ferguson. He went on to pen The Terminal, made into a film in 2004 directed by Steven Spielberg and starring Tom Hanks. According to London's The Daily Telegraph: "He is one of only two English screenwriters to have their scripts made into movies by Steven Spielberg. The other is Tom Stoppard [for Empire of the Sun]."

Other films for which he has written include Comrade Rockstar for Tom Hanks and How to Marry a Millionaire for Nicole Kidman. He wrote and executive produced Henry's Crime, starring Keanu Reeves, James Caan and Vera Farmiga. The film debuted at the Toronto Film Festival in September 2010.

He was appointed the Hunter/Zakin screenwriting chair at UCLA and taught there in spring 2009.

He is attached to write and direct a biopic of actor Hervé Villechaize, based on Gervasi's own interviews with the diminutive Frenchman, conducted only days before the actor committed suicide in 1993. The film will star Emmy Award- and Golden Globe-winning actor Peter Dinklage and is to be produced by Oscar-winning Schindler's List scribe Steven Zaillian.

He is currently adapting the remake of Jo Nesbø's Norwegian thriller Headhunters for Summit Entertainment.

Anvil! The Story of Anvil

Gervasi directed Anvil! The Story of Anvil, a documentary of the Canadian heavy metal band, Anvil, who had then been together for over 30 years. Gervasi first met Anvil on 21 September 1982, after a gig at The Marquee Club in London. He introduced himself to the band as "England's number one Anvil fan". He subsequently became a roadie for the band on their 1982, 1984 and 1985 tours, and was given the nickname "teabag" by the band. He reunited with Anvil after a break of 20 years, and started shooting a rockumentary about them in November 2005.

The film has received praise and high acclaim in many reviews, including a 98% rating on Rotten Tomatoes.

Michael Moore said that the movie is "the best documentary I've seen in years" and The Times called it "possibly the greatest film yet made about rock and roll".

The film was named Best Documentary of 2009 at the Evening Standard British Film Awards in London. Chris Martin of Coldplay presented the award.

In 2009, the Motion Picture Association of America opened the category of Best Picture nominees from 5 to 10. In October 2009, Anvil! The Story of Anvil was the first screener to be sent out for considering of the expanded Best Picture category as well as for Best Documentary. There was disappointment when 'Anvil' was one of the more high-profile films not short-listed in the Best Documentary category.

Anvil! The Story of Anvil won an Emmy Award in 2010 in the category of Outstanding Arts and Cultural Programming.

The film was released by Fox Searchlight Pictures.

His grandfather Frank Gervasi was Rome bureau chief for Hearst's International News Service and joined Collier's Weekly at the start of World War II, covering the fall of the Netherlands, Belgium, and France. He was later a correspondent for The Washington Post and the chief of information for the Marshall Plan in Italy. His grandmother was Katherine McQuiggan from Philadelphia but he grew up with fifties singer Georgia Gibbs, who married his grandfather Frank in the early 1960s and whose million-selling singles include "Kiss of Fire", "Dance with Me, Henry" and "Tweedle Dee". She has a star on the Hollywood Walk of Fame.

While in London, he co-founded the music group Future Primitives with Gavin Rossdale, playing drums, but left the year before they changed their name to Bush.

On 14 May 2006 Geri Halliwell gave birth to their daughter, Bluebell Madonna Halliwell.

In 2010, he married British theatre producer Jessica de Rothschild (b. 1974) of the Rothschild family and daughter of British financier Evelyn Robert de Rothschild. 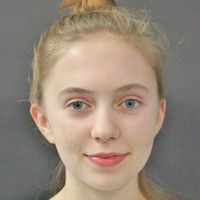 Major-General in the English Parliamentary army