Sabrina Gonzalez Pasterski (born June 3, 1993) is an American theoretical physicist from Chicago, Illinois who studies high energy physics. She describes herself as "a proud first-generation Cuban-American & Chicago Public Schools alumna." She completed her undergraduate studies at the Massachusetts Institute of Technology (MIT), and is currently a graduate student at Harvard University. According to Google Trends, Pasterski was the #3 Trending Scientist for all of 2017. In 2015, she was named to the Forbes 30 under 30 Science list, named a Forbes 30 under 30 All Star in 2017, and returned as a judge in 2018 as part of Forbes' first ever all-female Science category judging panel.

Pasterski was born in Chicago on June 3, 1993 to Mark Pasterski and Maria E Gonzalez. Her father, an attorney and an electrical engineer, encouraged her to follow her dreams. She enrolled at the Edison Regional Gifted Center in 1998, and graduated from the Illinois Mathematics and Science Academy in 2010.

Pasterski holds an active interest in aviation. She took her first flying lesson in 2003, aged 10, piloted FAA1 at EAA AirVenture Oshkosh in 2005 and started building a kit aircraft by 2006. Her first U.S. solo flight was in that kit aircraft in 2009 after being signed off by her CFI Jay Maynard.

In her 2012 Scientific American 30 under 30 interview, Pasterski named among her scientific heroes Leon Lederman, Dudley Herschbach, and Freeman Dyson, and said she was drawn to physics by Jeff Bezos. She has received job offers from Blue Origin, an aerospace company founded by Amazon.com's Jeff Bezos, and the National Aeronautics and Space Administration (NASA).

As a sophomore at MIT, Pasterski was part of the CMS (Compact Muon Solenoid ) experiment at the Large Hadron Collider. She received academic freedom from her Harvard PhD advisor in the Spring of 2015 based upon Pasterski et al's 2014 discovery of the "spin memory effect" which may be used to detect or verify the net effects of gravitational waves. She would then complete the Pasterski–Strominger–Zhiboedov Triangle for electromagnetic memory in a 2015 solo paper that Stephen Hawking cited in early 2016.

Hawking’s citation of Pasterski’s solo work on the PSZ Triangle was publicized by actor George Takei when he quoted her on his Twitter account: "Hopefully I'm known for what I do and not what I don't do." The Steven P. Jobs Trust article included in the tweet has been shared 1,200,000 times.

Pasterski’s 2016 work in promoting the Let Girls Learn initiative has been recognized by an invitation to the White House, a congratulatory message from the White House played on network television, as well as a two page spread in Marie Claire's January 2017 issue with former First Lady Michelle Obama.

Pasterski's continuing efforts to promote science, technology, engineering, and mathematics (STEM) education for girls in Cuba has been recognized by the Annenberg Foundation.

Pasterski's 2017 work in promoting STEM education for girls in Russia has been recognized by the U.S Embassy in Moscow and by the Moscow Polytech. 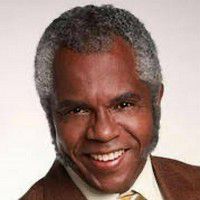