He began his film career at Warner Bros. in 1935, directing screen tests. In 1937, Simon moved to MGM, where he worked on the Marx Brothers' The Big Store, supervising many of the slapstick sequences. He directed Red Skelton's first starring feature, 1941's Whistling in the Dark, and later worked on two more Skelton vehicles, A Southern Yankee and The Fuller Brush Man, in 1948. Simon also directed Wallace Beery in Bad Bascomb (1946), and a Glenn Ford western, Lust for Gold (1949).

Simon was the producer of Born Yesterday, a 1950 comedy that was nominated for five Academy Awards. He then suddenly died of a heart attack at the age of 41. His ashes were interred in a small unassuming bronze nameplate niche at Columbarium of Memory (Niche # 20174), in the Great Mausoleum at Forest Lawn Memorial Park Cemetery, Glendale, California. 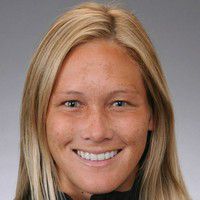