S. N. Parvathy is an Indian film actress and television actress, who appeared in supporting roles in Tamil films and serials. She often plays roles of a mother in films. She has worked in popular movies like Anubavi Raja Anubavi, Pasi, Palaivana Solai, Agaya Gangai, Enga Ooru Pattukaran, Anna Nagar Muthal Theru and Chinna Mapillai. Her debut movie was Panam Tharum Parisu, released in 1965. She has acted in more than 200 films and 5000 dramas. She got the Kalaimamani award in 1985.

Parvathy's native home is Paramakudi, but she was born in Burma. Parvathy's father is Nagasundaram and mother is Valliammal. She came to act in the dramas in 1958. The first play she ever played in was Theerpu. B. A. Krishnan is her drama guru. He was the one who made her an actress. After that, she has acted in more than 5000 plays with the drama world father D. K. Shanmuga Annachi.

She has acted seven plays in the same day. She started playing dramas at the age of 13. A. V. M. Rajan has acted in several plays from Troupe to Kathadi Ramamurthy's Troupe. She first acted as a mother in the film Panam Tharum Parisu. At the time, she was only 17 years old. Her life was spent in hardship until he starred in the movie Pasi. Since then, she has become a best supporting actress.

She got married in 1961 while still in drama. Her husband is Sarangan. She has a son and a daughter. Her son is an engineer and her daughter is a physiotherapy doctor.

She is a recipient of the state government's Kalaimamani and Kalaiselvam awards. 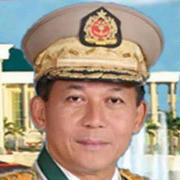