Sihak Henry Cho (November 9, 1934 – March 8, 2012) was a Korean taekwondo pioneer and instructor with the ranking of 9th dan who is recognized as one of the originators to introduce Asian martial arts into the United States of America. He was the student of Yun Kwei-byung [1]. S. Henry Cho was originally a teacher of Kong Soo Do. [2]

Cho arrived in the USA in 1958 after having received his B.A. degree in Korea, to pursue a Master's Degree in Business Administration at the University of Illinois, and ended up creating many branch schools across the nation. He opened the first permanent, commercial Tae Kwon Do school in the United States in 1961 which he personally ran for over 40 years. He was the creator and promoter of the All American Open Tae Kwon Do/ Karate/ Kung Fu Championship Tournament which continues on to this day. During his lifetime he met and knew many notable martial artists including Bruce Lee, Chuck Norris, Michael DePasquale Sr., Donald Hugh Nagle and Peter Urban, and Ron Duncan to name a few.

Cho is the recipient of the Hall of Fame (Man of the Year) Award by Karate magazine, and the 2011 Lifetime Achievement Award from the President’s Council on Sports, Fitness & Nutrition.

Cho is also the author of a number of books including Korean Karate: Free Fighting Techniques. He was a member of the US Tae Kwon Do Grand Master Association. He was president of the World Council of Martial Arts, Inc from 1991-2012. [1]
Cho has been featured on numerous magazines including the cover of Black Belt Magazine in 1979 and 2007. [2]

He served as the Head Coach for the St. John's University Tae Kwon Do Club. 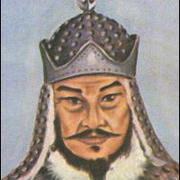 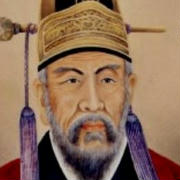