Ryszard Kaczorowski, GCMG ([ˈrɨʂart kat͡ʂɔˈrɔfskʲi] (); 26 November 1919 – 10 April 2010) was a Polish statesman. From 1989 to 1990, he served as the last President of Poland in exile. He succeeded Kazimierz Sabbat, and resigned his post following Poland's regaining independence from the Soviet sphere of influence and the election of Lech Wałęsa as the first democratically elected President of Poland since before the Second World War.

Ryszard Kaczorowski was born on 26 November 1919, in Piaski District , Białystok, Poland. His parents were Wacław Kaczorowski of Jelita and Jadwiga (née Sawicka). He completed his education at a school of commerce. He was also a Scouting instructor of a local branch of the Polish Scouting Association. Following the Invasion of Poland at the beginning of World War II, he secretly recreated the scouting movement – which was banned by the Soviet authorities – and became a head of the Białystok banner of the Szare Szeregi. In 1940, he was arrested by the NKVD and sentenced to death, which was later changed to ten years in a concentration camp in Kolyma.

Following the Sikorski-Mayski Agreement of 1941, he was set free and enlisted in Anders' Army. After its evacuation from the Soviet Union, Kaczorowski joined the 3rd Carpathian Rifle Division, where he completed divisional secondary school. He fought in most major battles of the Polish 2nd Corps, including the Battle of Monte Cassino. After the war, he remained in the United Kingdom as a political emigrant. Following demobilisation, he completed an academic course in foreign trade at the Regent Polytechnic. Until 1986, he worked in business as an accountant. From 1955-67, he was the Chief Scout, and, subsequently, President of the émigré Polish Scouting Union (ZHP). As such, he presided the Polish delegation for the 1957 Jamboree.

Kaczorowski was also active in Polish political circles and a member of the National Council of Poland, a parliament-in-exile. In 1986, he was appointed the Minister for Home Affairs within the Polish government in exile. As the April Constitution of Poland of 1935 (the legal basis for the government) allowed the president to appoint his successor "in case the seat is emptied before the peace is settled", acting president in exile Kazimierz Sabbat named Kaczorowski as his successor in January 1988. Sabbat died suddenly on 19 July 1989 and Kaczorowski automatically succeeded him. He handed over the insignia of the presidential power of the Second Republic to President Lech Wałęsa on 22 December 1990, signifying both a recognition of the legitimacy of the government in exile and its continuity with the Third Polish Republic.

Ryszard Kaczorowski's last home was in London. He had two daughters with wife Karolina, Jadwiga Kaczorowska, who has two children Zenek and Wanda Szulc, and Alicja Jankowska who has three children, Ryszard, Marcin and Krystyna Jankowska. He was frequently present in Poland and was treated according to the Polish law on former presidents of the state, granting him a presidential pension, Biuro Ochrony Rządu protection and a chancellery. He was an honorary chairman of numerous social and historical organisations, as well as an honorary citizen of almost thirty cities in Poland, including: Warsaw, Gdańsk, Gdynia, Kielce, Kraków, Opole, Zielona Góra and his hometown of Białystok.

During his retirement, Kaczorowski did not hold any public positions, although it was reported that in November 1994 Prime Minister Waldemar Pawlak proposed to President Wałęsa to appoint Kaczorowski as Minister of Defence (as, under the then-constitution, the President appointed the Ministers of Defence, the Interior and Foreign Affairs, regardless of the Prime Minister's will). Although he was a self-described follower of Józef Piłsudski (Piłsudczyk), Kaczorowski chose to not get involved in any partisan or strictly political activity during his retirement.

On 9 November 2004, Kaczorowski was appointed to the Order of St Michael and St George as an Honorary Knight Grand Cross by Queen Elizabeth II of the United Kingdom for "his exceptional contribution to the community of Polish emigrees and their descendants living in the UK".

He died on 10 April 2010 in a plane crash near Smolensk, Russia, along with the President of Poland Lech Kaczyński and 94 others. He was the oldest victim of the crash. On 19 April 2010, Kaczorowski's coffin was taken to St John's Cathedral for a funeral mass, before being buried in a crypt at the National Temple of Divine Providence in Warsaw. 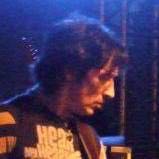