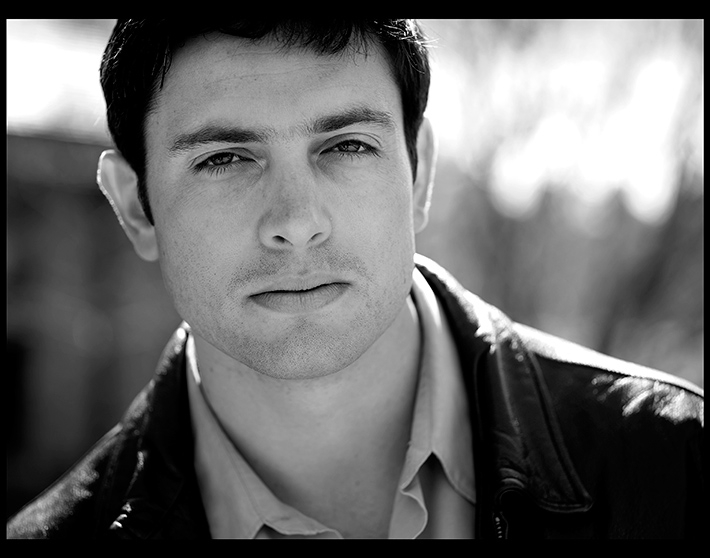 Rye Barcott is author of It Happened on the Way to War. He is a former Marine Corps officer and cofounder of Carolina for Kibera, an acclaimed non-governmental organization that uses a unique model of participatory development to break cycles of violence and develop leaders in the Kibera slum of Nairobi, Kenya. He was named a Young Global Leader by the World Economic Forum. The President of the United States appointed him to the J. William Fulbright Foreign Scholarship Board as a representative of the veteran community in 2012. He is currently managing partner of Double Time Capital, a company he co-founded with a fellow Marine Corps veteran that makes direct investments in cleaner energy.

Barcott was born in Rhode Island. His father attended Miami University on an ROTC scholarship and went on to serve in the Marines' 3rd Reconnaissance Battalion during the Vietnam War. His father left the Marines as a captain after receiving a Bronze Star Medal and a Purple Heart in combat. His parents met as graduate students at University of North Carolina at Chapel Hill. Barcott's mother is a nurse and anthropologist who teaches at the University of Rhode Island. Barcott knew from an early age that he wanted to be a Marine. Barcott traveled to Kenya for the first time with his parents when he was 14 and his experiences with the extreme poverty of the country are what drove him to return to the region as a college student. Barcott initially applied to the United States Naval Academy but was turned down. As a result, he instead applied for an NROTC scholarship to UNC.

Barcott attended East Greenwich High School. He graduated in 2001 with highest honors from UNC, where he studied economics and anthropology. He attended UNC on a four-year U.S. Marine Corps NROTC Scholarship. In 2009, Barcott graduated with an MPA and MBA from Harvard University as a Reynolds Social Entrepreneurship Fellow and George Leadership Fellow. Harvard University President Drew Faust appointed him to a two-year term on the Harvard Endowment's Advisory Committee on Shareholder Responsibility, and he served as a founding member of the movement to create an MBA Oath. He was elected as a member of the Harvard University Alumni Association Board of Directors in 2016.

Barcott served five years on active duty in the Marine Corps, where he attained the rank of captain and deployed to Bosnia, the Horn of Africa, and Iraq. In 2006, he provided written testimony to the Iraq Study Group and authored a controversial article about the Iraqi Military Intelligence Academy in Proceedings, the professional journal of the U.S. Navy. ABC World News with Charles Gibson covered his work in Kibera and his military service in Iraq and named him a Person of the Week and a 2006 Person of the Year. The ABC World News story quoted him encouraging young Americans to expose themselves "to how the majority of the world lives … and I think it'll make you a lot more appreciative of what you've got … make you a better American and a better global citizen." The U.S. Department of Defense awarded Barcott with the Military Outstanding Volunteer Service Medal.

Barcott is the author of the critically acclaimed memoir It Happened on the Way to War (Bloomsbury Publishing). The book's dedication to Carolina For Kibera cofounders Salim Mohamed and Tabitha Atieno Festo includes a phrase that captures the central theme of the book: "Talent is universal; opportunity is not."

In 2001, Barcott co-edited with Dr. Carolyn Pumphrey Armed Conflict in Africa, a book that analyzed the sources of violence in Africa. His post 9-11 letters with Salim Mohamed were published in Andrew Carroll’s Warletters: Extraordinary Correspondence from American Wars (Scribner, 2001). His writing has appeared in the Washington Post, New York Times, and CNN.

In 2007, he delivered the commencement address to the University of North Carolina at Chapel Hill School of Public Health. As an inaugural TED Fellow, he gave a TED speech on “The Power of Participatory Development." He is represented by the American Program Bureau and frequently speaks at colleges and high schools.

Dartmouth College awarded Barcott a Doctorate of Humane Letters in 2016.

While an undergraduate at UNC in 2001, Barcott founded Carolina for Kibera (CFK) in Kenya with Salim Mohamed and the Tabitha Atieno Festo, who each shared the conviction that the poor have the solutions to the problems they face. CFK started as a small inter-ethnic soccer program and medical clinic run out of Tabitha Festo’s ten-by-ten foot shack. Today it is a major affiliated entity of the University of North Carolina at Chapel Hill. More than 5,000 youth participate in its holistic youth programs, and the Tabitha Clinic treats more than 40,000 patients a year in collaboration with the U.S. Centers for Disease Control and Prevention. Julian Rowa, a Kenyan who helped build Equity Bank and grew up in a low-income community in Nairobi, is Carolina For Kibera's Executive Director.

Because of CFK's innovations in youth programming and participatory development, TIME Magazine and the Bill and Melinda Gates Foundation named CFK a "Hero of Global Health" at the Global Health Summit in 2005. TIME for Kids featured CFK on the cover of its March 30, 2007 edition. Harvard Business School wrote a case study on Carolina For Kibera that has been taught in graduate schools around the world.

In 2004, Canadian Musician Sarah McLachlan concluded her award-winning music video “World on Fire” with footage of CFK’s soccer tournaments and medical clinic in Kibera. Two years later, CFK published LIGHTBOX: Expressions of Hope from Young Women in the Kibera Slum." This book of narratives and photographs from disposable cameras gives voice to the young and courageous women of CFK's Binti Pamoja (Daughters United) Center. In 2007, then Senator Barack Obama visited CFK’s youth center and gave a speech calling for ethnic unity and education in Kibera. CFK played an important role in providing emergency aid during the Kenyan post-election violence in 2008, and for its efforts the Oklahoma City National Memorial and Museum honored CFK as its recipient of the Reflections of Hope Award in a ceremony with the former ABC World News Anchor Bob Woodruff and his wife Lee.

Film producer Beth-Ann Kutchma and Director Jason Arthurs completed a documentary that profiles two young leaders from different ethnic groups who are part of CFK and compete in the organization's annual Champions Football League. The film, Without a Fight, released at the Full Frame Documentary Festival in Spring 2012. In 2016, CFK co-founder Salim Mohamed was named an Eisenhower Fellow.

The contents of this page are sourced from Wikipedia article. The contents are available under the CC BY-SA 4.0 license.
View Rye Barcott 's image gallery
Image Gallery