Ryan Fraser (born 24 February 1994) is a Scottish professional footballer who plays as a winger for Premier League club AFC Bournemouth and the Scotland national team. Fraser has previously played for Aberdeen, represented the Scotland under-19 and under-21 team and made his full international debut in June 2017.

Fraser signed for Aberdeen in May 2010, aged 16, after leaving Kincorth Academy. He made his debut for the first team against Heart of Midlothian in October 2010. Fraser made a significant impression in the Aberdeen first team during the early part of the 2012–13 Scottish Premier League season, winning the Young Player of the Month award for September and October 2012. Aberdeen manager Craig Brown expressed concerns at this time that opposing teams were targeting Fraser with tough tackling. Fraser rejected a contract extension with Aberdeen on 7 December 2012.

Fraser signed a three-year contract with League One club AFC Bournemouth on 18 January 2013. Bournemouth paid Aberdeen a transfer fee of £400,000 to complete the deal. During his first season, Fraser helped Bournemouth gain promotion to the Championship. After Bournemouth were promoted to the Premier League in 2015, Fraser was loaned to Championship club Ipswich Town for the 2015–16 season.

Fraser scored his first Premier League goal on 4 December 2016, in a 4–3 win against Liverpool. He entered the game as a second-half substitute, when Bournemouth trailed 2–0. Fraser won a penalty kick for the first Bournemouth goal, scored the second and provided an assist for the third goal.

Fraser scored both Bournemouth goals in a 2–1 win against Everton on 30 December 2017. He ranked highly in the assists chart during the 2018–19 Premier League season, leading to transfer speculation linking him with a move to Arsenal. Fraser admitted in January 2020 that this speculation had caused a decline in his performances during the 2019–20 season.

Fraser was first called up to the senior Scotland squad in March 2017. He made his international debut in June 2017, appearing as a substitute in a 2–2 draw with England.

In March 2019, Fraser missed a UEFA Euro 2020 qualifying match against Kazakhstan due to the Kazakhs using an artificial playing surface. Scotland lost 3–0, and Fraser was criticised by former Scotland player Darren Fletcher for showing a lack of commitment to the national team. Fraser said he had previously suffered two serious injuries while playing on artificial surfaces, and that the decision not to play had been agreed with both the national team and his club side Bournemouth. In November 2019 he was one of three Scotland players to withdraw from the national squad due to injury.

Primarily deployed as a winger on the left flank, Fraser is a right-footed player described by his compatriot Charlie Nicholas as an "old-fashioned type of player" and a "little pocket dynamo" for the muscly physique he has developed to "take the knocks and kicks that come his way." Fraser has also occasionally played in the right-back position for both club and country.

The contents of this page are sourced from Wikipedia article on 08 Mar 2020. The contents are available under the CC BY-SA 4.0 license.
View Ryan Fraser 's image gallery
Image Gallery 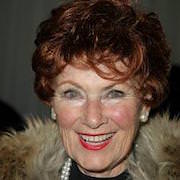