Ruud Vormer (born 11 May 1988 in Hoorn) is a Dutch footballer who currently plays in the Belgian Jupiler Pro League for Club Brugge. He started his career with AZ and has joined Feyenoord on a free transfer in the summer transfer period of 2012. He joined Club Brugge on 1 September 2014 on a three-year deal.

Statistics accurate as of last match played on 22 May 2016. 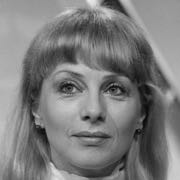