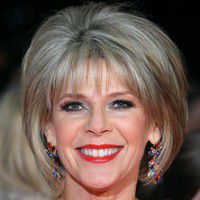 Ruth Langsford (born 17 March 1960 in Singapore) is an English television presenter of shows such as This Morning, Gift Wrapped and How the Other Half Lives.

Langsford is an anchor on ITV's lunchtime chat show Loose Women and presents Ruth Langsford's Fashion Edit on QVC. She took part in the fifteenth series of Strictly Come Dancing, where she came ninth. She is currently the longest serving female presenter of This Morning. Ruth currently is more frequently known for her exclusive fashion collection, for British fashion label QVC. After being approached to curate a collection, Langsford signed a multi million pound endorsement deal that spawned 19 sellout collections; 18 of which debuted at London Fashion Week Women’s Collection.

Langsford was born in Singapore, to Dennis and Joan Langsford. She lived in five different countries before the age of ten, including Germany and four countries in North Africa. Langsford attended Saltash School in Cornwall from 1977–78.

Langsford began her career as a continuity announcer and newscaster with ITV regional station Television South West (TSW) in Plymouth, England. She left TSW when Westcountry Television took over the franchise on 1 January 1993, closing down the station with fellow announcer, Ian Stirling.

From 1999 until 2002, Langsford was a regular panellist on ITV's daytime chat show Loose Women. In 2010, she returned to the show as a stand-in anchor until 2013. Langsford rejoined Loose Women on 8 January 2014 as a regular anchor. She anchors the show in rotation with Andrea McLean and Christine Lampard.

In 2000, Langsford became a guest presenter on This Morning, and was made a regular presenter in 2006 where she co-hosted alongside Phillip Schofield, making her the longest serving presenter of the programme. Later that year, the show introduced Eamonn Holmes to co-host with Langsford every Friday. Together they currently host This Morning on Fridays, during school holidays and when Phillip Schofield and Holly Willoughby are absent from the programme.

In 2004, Langsford narrated the television series Zoo Story. She guest presented five episodes of GMTV with Lorraine in 2010. Langsford was a contestant on Marco's Kitchen Burnout in 2010 and competed in Born to Shine in 2011.

Since 2015, Langsford and Holmes have presented Channel 5 series How the Other Half Lives, and a third in 2017.

On 9 August 2017, Langsford was the third celebrity announced to be taking part in the fifteenth series of Strictly Come Dancing. Her professional partner was Anton du Beke. She was the seventh celebrity to be eliminated, and left the show on 12 November.

From March 2018, Langsford co-presented Do the Right Thing with Eamonn Holmes on Channel 5.

In September 2010, Langsford co-hosted the breakfast show on BBC London 94.9 alongside Paul Ross. In 2011, Langsford became the brand ambassador for Playtex.

Langsford has written columns for Woman Magazine and Tesco Magazine. She was an ambassador for two Tesco food campaigns.

Langsford was on the judging panel for the Pride of Britain Awards in 2016.

In 1997, Langsford began dating Eamonn Holmes, though the two kept their relationship secret for years out of respect for Holmes' first wife, Gabrielle, from whom he was separated at the time. In 2002, Langsford gave birth to their son, Jack Alexander Holmes. They were married on 26 June 2010.

The contents of this page are sourced from Wikipedia article on 18 Feb 2020. The contents are available under the CC BY-SA 4.0 license.
View Ruth Langsford 's image gallery
Image Gallery 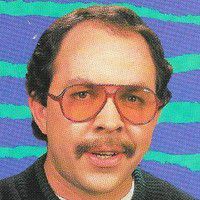