Ruth Fuchs (née Gamm, later Hellmann, born 14 December 1946 in Egeln, Saxony-Anhalt) is a German politician and former athlete. Fuchs, representing East Germany, was the winner of the women's javelin at the 1972 (Munich) and 1976 (Montreal) Olympic Games. She set the world record for the javelin six times during the 1970s.

Her personal best throw was 69.96 metres with the old javelin type, achieved in April 1980 in Split. This ranks her seventh among German old-type-javelin throwers, behind Petra Felke (who held the world record), Antje Kempe, Silke Renk, Beate Koch, Karen Forkel and Tanja Damaske.

Ruth Fuchs has admitted using steroids during her career, as part of the official East German sports programme.

After retirement from competitional activity, Fuchs became a member of Parliament for the Party of Democratic Socialism (now the Left Party) in the re-united Germany. Since her retirement from public life Fuchs has lived in Bucha, Saale-Holzland, in Thuringia, Germany. 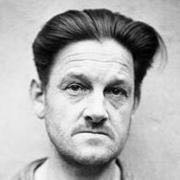