Cundieff was born in Pittsburgh, Pennsylvania to Christina and John A. Cundieff. He studied journalism at Loyola University in New Orleans and the philosophy of religion at the University of Southern California. While at USC, Cundieff was a member of Alpha Phi Alpha, a historically African American fraternity.

He is married to Trina Davis Cundieff, with whom he has two children: Simone Christina and Thelonious Jon Davis.

After graduating from USC in 1982, Cundieff performed stand-up comedy in Los Angeles while looking for opportunities to act. His first major role was a year-long run as Theo Carver on Days of Our Lives in 1985. In 1988, he played Big Brother Chucky in Spike Lee's School Daze''. Cundieff cites his experience working with Lee on the film as being what motivated him to pursue writing and directing in addition to acting. 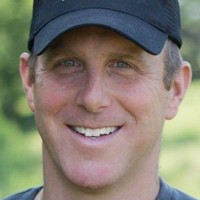 American Businessman, CEO of Beyond Meat