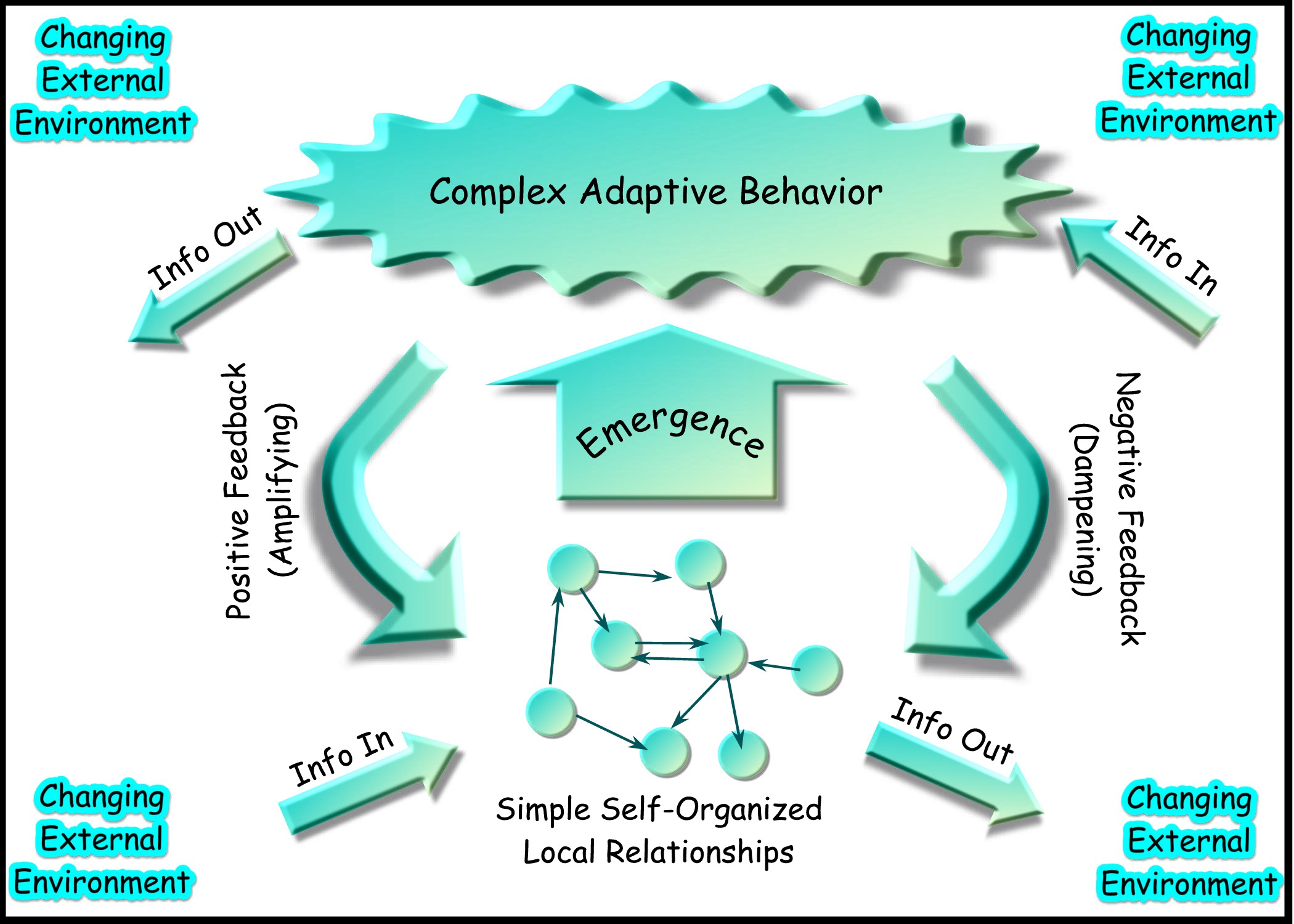 Russell Lincoln Ackoff (12 February 1919 – 29 October 2009) was an American organizational theorist, consultant, and Anheuser-Busch Professor Emeritus of Management Science at the Wharton School, University of Pennsylvania. Ackoff was a pioneer in the field of operations research, systems thinking and management science.

Russell L. Ackoff was born on February 12, 1919 in Philadelphia to Jack and Fannie (Weitz) Ackoff. He received his bachelor degree in architecture at the University of Pennsylvania in 1941. After graduation, he taught at Penn for one year as an assistant instructor in philosophy. From 1942 to 1946, he served in the U.S. Army. He returned to study at the University of Pennsylvania, where he received his doctorate in philosophy of science in 1947 as C. West Churchman’s first doctoral student. He also received a number of honorary doctorates, from 1967 and onward.

Nicholson and Myers (1998) report that, in the 1970s and 1980s, the Social Systems Sciences Program at the Wharton School was "noted for combining theory and practice, escaping disciplinary bounds, and driving students toward independent thought and action. The learning environment was fostered by distinguished standing and visiting faculty such as Eric Trist, C. West Churchman, Hasan Ozbekhan, Thomas A. Cowan, and Fred Emery".

From 1986 to 2009, Ackoff was professor emeritus of the Wharton School, and chairman of Interact, the Institute for Interactive Management. From 1989 to 1995 he was visiting professor of marketing at Washington University in St. Louis.

In 1965 Ackoff was elected as a Fellow of the American Statistical Association. He was awarded an honorary Doctor of Science at the University of Lancaster, UK in 1967. He got a Silver Medal from the Operational Research Society in 1971. Other honors came from the Washington University in St. Louis in 1993, the University of New Haven in 1997, the Pontificia Universidad Catholica Del Peru, Lima in 1999 and the University of Lincolnshire & Humberside, UK in 1999. That year from the UK Systems Society he got an Award for outstanding achievement in Systems Thinking and Practice.

Throughout the years Ackoff's work in research, consulting and education has involved more than 250 corporations and 50 governmental agencies in the U.S. and abroad.

Russell Ackoff started his career in operations research at the end of the 1940s. His 1957 book Introduction to Operations Research, co-authored with C. West Churchman and Leonard Arnoff, was one of the first publications that helped define the field. The influence of this work, according to Kirby and Rosenhead (2005), "on the early development of the discipline in the USA and in Britain in the 1950s and 1960s is hard to over-estimate".

In the 1970s Ackoff became one of the most important critics of the so-called "technique-dominated Operations Research", and starting proposing more participative approaches. His critiques, according to Kirby and Rosenhead (2005), "had little resonance within the USA, but were picked up both in Britain, where they helped to stimulate the growth of Problem Structuring Methods, and in the systems community world-wide", such as soft systems methodology from Peter Checkland.

In 1972 Ackoff wrote a book with Frederick Edmund Emery about purposeful systems, which focused on the question how systems thinking relates to human behaviour. "Individual systems are purposive", they said, "knowledge and understanding of their aims can only be gained by taking into account the mechanisms of social, cultural, and psychological systems".

According to Kirby and Rosenhead (2005), "the fact that these systems were experiencing profound change could be attributed to the end of the "Machine Age" and the onset of the "Systems Age". The Machine Age, bequeathed by the Industrial Revolution, was underpinned by two concepts – reductionism (everything can in the end be decomposed into indivisible parts) and mechanism (cause-effect relationships)". Hereby "all phenomena were believed to be explained by using only one ultimately simple relationship, cause-effect", which in the Systems Age are replaced by expansionism and teleology with producer-product replacing cause-effect. "Expansionism is a doctrine maintaining that all objects and events, and all experiences of them, are parts of larger wholes." According to Ackoff, "the beginning of the end of the Machine Age and the beginning of the Systems Age could be dated to the 1940s, a decade when philosophers, mathematicians, and biologists, building on developments in the interwar period, defined a new intellectual framework".

In 2006, Ackoff worked with Herbert J. Addison and Sally Bibb. They developed the term f-Law to describe a series of over 100 distilled observations of bad leadership and the misplaced wisdom that often surrounds management in organizations. A collection of subversive epigrams published in two volumes by Triarchy Press, these f-Laws expose the common flaws in both the practice of leadership and in the established beliefs that surround it. According to Ackoff "f-Laws are truths about organizations that we might wish to deny or ignore – simple and more reliable guides to managers' everyday behavior than the complex truths proposed by scientists, economists, sociologists, politicians and philosophers".

In collaboration with Dr. J. Gerald Suarez, Ackoff's ideas were introduced and implemented at the White House Communications Agency and The White House Military Office during the Clinton and Bush administrations, a historic effort to bring the White House into the age of systems thinking.

Russell Ackoff was friends with Peter Drucker from the earliest days of their careers. Mr. Drucker acknowledged the early, critical contribution Ackoff made to his work – and the world of management in general – in the following letter, which was delivered to Ackoff by former General Motors V.P. Vince Barabba on the occasion of the 3rd International Conference on Systems Thinking in Management (ICSTM) held at the University of Pennsylvania, May 19–24, 2004:

I was then, as you may recall, one of the early ones who applied Operations Research and the new methods of Quantitative Analysis to specific BUSINESS PROBLEMS—rather than, as they had been originally developed for, to military or scientific problems. I had led teams applying the new methodology in two of the world’s largest companies—GE and AT&T. We had successfully solved several major production and technical problems for these companies—and my clients were highly satisfied. But I was not—we had solved TECHNICAL problems but our work had no impact on the organizations and on their mindsets. On the contrary: we had all but convinced the managements of these two big companies that QUANTITATIVE MANIPULATION was a substitute for THINKING. And then your work and your example showed us—or at least, it showed me—that the QUANTITATIVE ANALYSIS comes AFTER the THINKING—it validates the thinking; it shows up intellectual sloppiness and uncritical reliance on precedent, on untested assumptions and on the seemingly “obvious.” But it does not substitute for hard, rigorous, intellectually challenging THINKING. It demands it, though—but does not replace it. This is, of course, what YOU mean BY system. And your work in those far-away days thus saved me—as it saved countless others—from either descending into mindless “model building” – the disease that all but destroyed so many of the Business Schools in the last decades—or from sloppiness parading as ‘insight.’

Ackoff has authored or co-authored 35 books and published over 150 articles in a variety of journals. Books: