Ruprecht Polenz (26 May 1946 in Grosspostwitz) is a German politician and member of the Christian Democratic Union (CDU) political party.

In the 1994 national elections, Polenz was first voted into the lower house of the German Parliament, the Bundestag. Throughout his time in parliament, he served on the Committee on Foreign Affairs

Polenz became senior member of the CDU party on 10 April 2000 under the leadership of the party's chairwoman Angela Merkel. He was the party's secretary-general from April to November 2000.

Following his retirement from active politics, Polenz became president of the German Association for East European Studies (DGO). Between 2013 and 2014, he was a Senior Fellow at the Istanbul Policy Center of Sabancı University.

In November 2015, Foreign Minister Frank-Walter Steinmeier named Polenz Special Envoy for the German-Namibian talks on a joint declaration addressing the colonial-era crackdown against Hereros in Namibia. Polenz has stated that he would consider the killings genocide.

In 2008, Polenz and four other legislators issued a committee report which concluded that Germany's under-representation in international organizations at the time was because the country lacked a personnel policy and coherent strategy for promoting itself internationally.

Contrary to his own party, Polenz has been one of Germany's most outspoken proponents of an accession of Turkey to the European Union.

In 2011, Polenz was among the first to speak out publicly against the decision of Quadriga, a German nonprofit group, to honor Prime Minister Vladimir Putin of Russia; the group later canceled its annual prize ceremony following further public criticism of Putin's stance on democracy and human rights in Russia.

Ahead of the Christian Democrats’ leadership election in 2018, Polenz publicly endorsed Annegret Kramp-Karrenbauer to succeed Angela Merkel as the party's chair.

In a well-received, open letter, Polenz turned to Rezo after his video "The destruction of the CDU". The politician largely agreed with the Youtuber's positions on climate protection and the CDU's dealings with young voters, particularly with regard to the Friday for future demonstrators.

He has repeatedly described the AfD as right-wing, right-wing extremist and fascist.

Polenz is married and has four children. 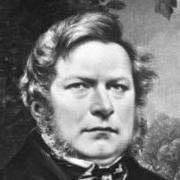