Rupert Wyatt (born 26 October 1972) is an English screenwriter, director, and producer. He made his directorial debut with the 2008 film The Escapist, which premiered at the Sundance Film Festival. His second film was the 2011 blockbuster Rise of the Planet of the Apes.

Wyatt was born and raised near Winchester in Hampshire. He was educated at the Dragon School, Oxford and Winchester College, Winchester.

Wyatt is the founder of the film collective Picture Farm, which has produced numerous shorts, documentaries and features, including the Sundance Award-winning documentary Dark Days.

He also co-wrote and directed the British prison escape thriller The Escapist (2008), starring Brian Cox, Damian Lewis, Dominic Cooper, Joseph Fiennes, Seu Jorge, Steven Mackintosh, and Liam Cunningham. The film premiered at the Sundance Film Festival in January 2008, was nominated for eight international film awards, and was the winner of two. In March 2010, he was selected to direct Rise of the Planet of the Apes, a reboot of the Planet of the Apes franchise, which was based on a screenplay by Rick Jaffa and Amanda Silver. The film was released on 5 August 2011 to mostly positive reviews and grossed more than $481 million worldwide.

Wyatt was to be the director of 20th Century Fox's X-Men spin-off film Gambit, to be released on 7 October 2016, but dropped out due to scheduling conflicts.

He directed the 2019 sci-fi film Captive State, which he co-wrote with Erica Beeney.

Wyatt currently lives between Los Angeles and Hudson, New York with his wife, filmmaker Erica Beeney, and their three children. 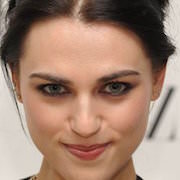