As a recording artist

In the early sixties, Hine formed half of the folk duo Rupert & David. The duo performed in pubs and clubs and occasionally shared the stage with a then-unknown Paul Simon. The duo's one released single (on the Decca label in 1965) was a cover of Simon's "The Sounds of Silence". The single was not a success, but was notable for featuring a young Jimmy Page on guitar and Herbie Flowers on bass.

In 1973, Hine, along with guitarist Mark Warner, bassist John G. Perry (then of Caravan) and drummer Trevor Morais (formerly of The Peddlers) formed the band Quantum Jump, releasing two albums, Quantum Jump (1976) and Barracuda (1977). After a re-release of the track "Lone Ranger" (from Quantum Jump) became an unexpected UK Top Ten hit in 1979, a third album – Mixing, a reworking of tracks selected from the first two Quantum Jump albums – was released.

After Quantum Jump disbanded, Hine released a trilogy of albums under his own name, including Immunity (1981); Waving Not Drowning (1982); and The Wildest Wish to Fly (1983). The American release of Wildest Wish dropped two tracks, radically reworked two others and incorporated two tracks from 1981's Immunity – including "Misplaced Love", which featured a guest vocal by Marianne Faithfull and had been a minor hit in Australia, reaching number 14 on the charts. In 1985, Hine wrote and produced much of the soundtrack for the black comedy film Better Off Dead.

Hine subsequently recorded three albums under the name Thinkman, which was conceived as a "virtual band" – essentially a solo Hine project with actors (including a then-unknown Julian Clary) employed to give the illusion of a larger group. Thinkman's debut, The Formula, was released in 1985. Though the actors portraying the band did not appear on the album, it did feature contributions from Jamie West-Oram from The Fixx and Stewart Copeland from The Police. Lisa Dalbello provided guest vocals on the title track. A second album, Life is a Full-Time Occupation, was released in 1988. A third and final album, Hard Hat Zone, was released in 1990.

In 1994, Hine released The Deep End. In 1995 he joined with guitarist Phil Palmer, Paul Carrack, Steve Ferrone and Tony Levin to form the band Spin 1ne 2wo. The group released a self-titled project, made up rock covers of songs by artists including Jimi Hendrix, The Who, Led Zeppelin, Blind Faith, Steely Dan and Bob Dylan.

In 2008, Hine oversaw the direction of the compilation album Songs for Tibet: The Art of Peace, and also contributed to it a remixed version of his song, "The Heart of the Matter" (from The Deep End). In 2008, during the Beijing Olympics, the album was iTunes third most downloaded around the globe.

In 2011 Rupert Hine, launched Auditorius, a joint music publishing project with BMG Rights Management. In November the same year, following a glowing citation from Bob Geldof, Rupert was honoured by the APRS with a Sound Fellowship Award; presented to recognise special contributions to the 'Art, Science and Business of Recording'. Hine joined Joe Boyd, Clive Green, Bob Ludwig, Jimmy Page and Chris Thomas to receive the award from Sir George Martin, APRS President, who together with an elite group of past recipients; sound and music innovators, including Sir Paul McCartney, Peter Gabriel, Chris Blackwell, also holds a Fellowship Award.

In March 2015 Esoteric Recordings (part of Cherry Red Records) issued "Unshy on the Skyline", a compilation from a trio of superb and highly innovative albums Hine made between 1981 and 1983. Immunity, Waving Not Drowning and The Wildest Wish to Fly featured some of the most original music of the 1980s; music which remains startlingly fresh, complemented by the lyrics of poet and artist Jeannette-Thérèse Obstoj, and featuring guest contributions from musicians of the calibre of Robert Palmer, Phil Collins and guitarist Phil Palmer. The album has been re-mastered by Hine's long time friend and sound engineer Stephen W Tayler, who had recorded, mixed and co-produced the original albums.

Hine's many producer credits include: 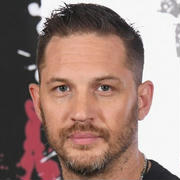