Rukmini Devi Arundale (née Neelakanta Shastri, 29 February 1904 – 24 February 1986) was an Indian theosophist, dancer and choreographer of the Indian classical dance form of Bharatanatyam, and an activist for animal rights and welfare.

She was the first woman in Indian history to be nominated a member of the Rajya Sabha. The most important revivalist of Bharatanatyam from its original 'sadhir' style prevalent amongst the temple dancers, the Devadasis, she also worked for the reestablishment of traditional Indian arts and crafts.

She espoused the cause of Bharata Natyam which was considered a vulgar art. She 'sanitised' and removed the inherent eroticism of Sadhir to make it palatable to Victorian British morality and Indian upper caste elites.

Rukmini Devi features in India Today's list of '100 People Who Shaped India'. She was awarded the Padma Bhushan in 1956, and the Sangeet Natak Akademi Fellowship in 1967.

Rukmini Devi was born on 29 February 1904 in Madurai. Her father, Neelakanta Shastri, was an engineer with the Public Works Department and a scholar, and Seshammal was a music enthusiast. He had a transferable job and the family moved frequently. He was introduced to the Theosophical Society in 1901. Deeply influenced by the Theosophical Movement as a follower of Dr Annie Besant, Neelakanta Shastri moved to Adyar, Chennai after retirement, where he built his home near the headquarters of the Theosophical Society Adyar. It was here that young Rukmini was exposed to not just theosophical thought, but also to new ideas on culture, theatre, music and dance. Her meeting with the prominent British theosophist Dr George Arundale—a close associate of Annie Besant and later the principal of the Central Hindu College in Varanasi—led to her building a lasting bond with him.

They married in 1920, much to the shock of the then conservative society. After marriage, she travelled round the world, meeting fellow theosophists and also forging friendships with the educator Maria Montessori, and the poet James Cousins. In 1923, she became the President of the All-India Federation of Young Theosophists, and the President of the World Federation of Young Theosophists in 1925.

In 1928, the famous Russian ballerina Anna Pavlova visited Bombay and the Arundale couple went to her performance, and later happened to travel on the same ship as her, to Australia where she was to perform next; over the course of the journey their friendship grew, and soon Rukmini Devi started learning dance from one of Anna's leading solo dancers, Cleo Nordi. It was later, at the behest of Anna, that Rukmini Devi turned her attention to discovering traditional Indian dance forms which had fallen to disrepute, and dedicated the rest of her life to their revival.

In 1933, at the Annual Conference of Madras Music Academy, she saw for the first time, a performance of the dance form called Sadhir. Later she learnt the dance from 'Mylapore Gowri Amma', and finally with help of E Krishna Iyer from 'Pandanallur Meenakshi Sundaram Pillai'. In 1935, Rukmini Devi gave her first public performance at the 'Diamond Jubilee Convention of the Theosophical Society.

In January 1936, she along with her husband, established Kalakshetra, an academy of dance and music, built around the ancient Indian Gurukul system, at Adyar, near Chennai. Today the academy is a deemed university under the Kalakshetra Foundation and is situated in its new in 100-acre (0.40 km) campus in Tiruvanmiyur, Chennai, where it shifted, in 1962. Amongst its noted students are Radha Burnier, Sarada Hoffman, Anjali Mehr, Kamaladevi Chattopadhyay, Sanjukta Panigrahi, C V Chandrasekhar, Yamini Krishnamurthy and Leela Samson.

Originally known as sadhir, the Indian classical dance form of Bharatanatyam owes its current name, to E Krishna Iyer and Rukmini Devi Arundale, who has been instrumental in modifying mainly the Pandanallur style of Bharatanatyam and bringing it to the global attention, and removing the extraneous sringaar and erotic elements from the dance, which were the legacy of its Devadasi association in the past. Soon she changed the very face of the dance, by introducing musical instruments, like violin, set and lighting design elements, and innovative costumes, and jewellery inspired by the temple sculptures. Just as for her teacher she approached noted gurus in various arts and classical dances, for her productions, Rukmini Devi approached noted scholars for inspiration and classical musicians and artists, for collaboration, the result was the creation some of pioneering dance dramas-based on Indian epics like the Valmiki's Ramayana and Jayadeva's Gita Govinda. Starting with famous dance dramas like, 'Sita Swayamvaram', 'Sri Rama Vanagamanam', 'Paduka Pattabhishekam' and 'Sabari Moksham', followed by 'Kutrala Kuruvanji', 'Ramayana', 'Kumara Sambhavam', 'Gita Govindam' and 'Usha Parinayam'.

Schools based on the Montessori method were first started in India, when Dr George Arundale invited Dr Maria Montessori to start courses in the 'Besant Theosophical High School' in 1939, and later also established, the 'Besant Arundale Senior Secondary School', The College of Fine Arts, The Besant Theosophical High School, The Maria Montessori School for Children, The Craft Education and Research Centre and the U V Swaminatha Iyer Library, within the Kalakshetra campus.

Rukmini Devi was nominated as a member of the Indian Parliament's Council of States (the Rajya Sabha) in April 1952 and re-nominated in 1956. She was the first Indian woman to be nominated in Rajya Sabha. Keenly interested in animal welfare, she was associated with various humanitarian organisations, and as a member of the Rajya Sabha, was instrumental for the legislation for the Prevention of Cruelty to Animals Act and for later setting up of the Animal Welfare Board of India, under her chairmanship in 1962. She remained on the board until her demise in 1986.

She did much work to promote vegetarianism in the country. She was Vice-President of International Vegetarian Union for 31 years from 1955, until her death.

In 1977, Morarji Desai offered to nominate her for the post of President of India, which she turned down. In 1978, 'Kalamkari Centre' (pencraft) was set up at Kalakshetra to revitalise the ancient Indian craft of textile printing. Rukmini Devi Arundale died on 24 February 1986 in Chennai.

In January 1994, an Act of the Indian Parliament recognised the Kalakshetra Foundation as an 'Institute of National Importance'.

Year long celebrations, including lectures, seminars and festivals marked her 100th birth anniversary, on 29 February, in 2004 at Kalakshetra and elsewhere in many parts of the world, At the campus the day was marked by special function in which old students gathered from across India and the world, in a day of songs and recitals. Also on 29 February, a photo exhibition on her life opened at the Lalit Kala Gallery in New Delhi, and on the same day, then President APJ Abdul Kalam released a photo-biography, written and compiled by Dr Sunil Kothari with a foreword by former president R Venkataraman.

In 2016, Google honored Rukmini Devi on her 112th birthday with a doodle, and later in the month marking the 80th year of the Kalakshetra Foundation held, 'Remembering Rukmini Devi’ festival of music and dance. Google also featured her in the 2017 Google Doodle for International Women's Day.

The contents of this page are sourced from Wikipedia article. The contents are available under the CC BY-SA 4.0 license.
View Rukmini Devi Arundale 's image gallery
Image Gallery 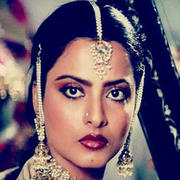