Rudolph Schoenheimer (May 10, 1898 – September 11, 1941) was a German/ U.S. biochemist who developed the technique of isotope tagging of biomolecules, enabling detailed study of metabolism. This work revealed that all the constituents of an organism are in a constant state of chemical renewal.
Born in Berlin, after graduating in medicine from the Friedrich Wilhelm University there, he learned further organic chemistry at the University of Leipzig and then studied biochemistry at the University of Freiburg where he rose to be Head of Physiological Chemistry.
He spent the 1930-31 academic year at the University of Chicago.
In 1933, following the rise of the Nazis to power he emigrated from Germany to the Columbia University to join the department of Biological Chemistry. Working with David Rittenberg, from the radiochemistry laboratory of Harold C. Urey and later together with Konrad Bloch, they used stable isotopes to tag foodstuffs and trace their metabolism within living things.
He further established that cholesterol is a risk factor in atherosclerosis.
He suffered from manic depression all of his life, which led to him in 1941 committing suicide using cyanide. He had been honoured with the request to give the Dunham Lecture at Harvard before his death. It was read for him following his death. 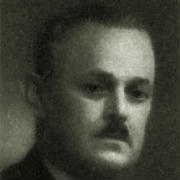