Rudolph Keppler (February 27, 1845 – June 4, 1923) was a German-American banker who served as president of the New York Stock Exchange.

Keppler was born in Konstanz, Baden-Württemberg, Germany on February 27, 1845. He was a son of Carl Friedrich Keppler and the former Anna Maria Zogelmann. He came to New York City in the 1850s as a boy, and was educated in New York.

A banker for many years, he was head of the firm of Keppler & Co. until his retirement in 1914, at which time his son took over the business. The firm was later bought and renamed Hellwig & Reutter.

In 1875, he joined the New York Stock Exchange and remained a member for forty-four years. He served as president of the Exchange for five years from 1898 through 1902. While he was president of the Exchange, much of his time was devoted to the supervising the construction of the building at 11 Wall Street. When President William McKinley was assassinated in 1901 in Buffalo during the Pan-American Exposition, "it was said that Mr. Keppler's conservative judgment and the trust in which he was held by Wall Street were important factors in preventing a panic and allaying nervous fears." In 1913, he was questioned by Samuel Untermyer during the so-called Pujo Money Trust Investigation.

Keppler was succeeded in the presidency by Ransom H. Thomas. Upon his retirement from business in 1914, Keppler resigned from the board of governors of the Exchange, on which he had served for thirty-two years, and was succeeded by Arthur Turnbull.

In 1868, Keppler was married to Elise Augusta Gramm (1847–1917), a daughter of Ferdinand Gramm and Emilie (née Lubke) Gramm. Together, they were the parents of:

Keppler died at his home, 11 West 84th Street in Manhattan, on June 4, 1923. He was buried at Kensico Cemetery in Valhalla, New York. In his will, Keppler left a total of $85,000 to seven hospitals and welfare institutions. His son Emil received $250,000 cash, his country home at Twin Lakes, Connecticut, and his personal effects which were valued at $30,000.

The contents of this page are sourced from Wikipedia article on 14 Apr 2020. The contents are available under the CC BY-SA 4.0 license.
View Rudolph Keppler 's image gallery
Image Gallery 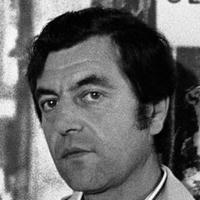