Rúben Filipe Marques Amorim (born 27 January 1985) is a Portuguese footballer who plays as a midfielder for S.L. Benfica.
He has spent most of his professional career with Belenenses and Benfica, signing with the latter in 2008 and going on to win ten major titles, including three Primeira Liga championships.
Amorim represented Portugal in two World Cups.

Born in Lisbon, Amorim made his debut in the Primeira Liga on 14 December 2003, playing one minute for hometown club C.F. Os Belenenses in a 2–0 home win against F.C. Alverca. From 2005–06 onwards, he became a cornerstone for the squad in which youth system he finished his formation.

Challenged by new signings Javi García and Ramires, Amorim appeared less in 2009–10, but still featured prominently (24 matches with ten starts) as Benfica won the league – and the League Cup – after a five-year drought. He was again regularly used by manager Jorge Jesus in the 2010–11 season, when healthy. On 19 January 2011, however, after undergoing surgery on both knees, he was sidelined for several months.

In early October 2011, whilst on duty with the national team, Amorim duly criticized Jesus' preferences – Benfica played most of its games without one single national player. Increasingly disgusted with his plight, in December, he refused to train with the bench players – after warming up for several minutes only to not be used – following a game against Rio Ave FC, being subjected to the club's disciplinary proceedings; on 30 January 2012 a loan was arranged with Braga, until June of the following year.

In 2013–14, Amorim returned to Benfica and played 37 matches across all competitions, helping the club to win an unprecedent treble of league, Taça de Portugal and Taça da Liga. In the beginning of the following campaign, he featured the full 120 minutes to help his team defeat Rio Ave in the Supertaça Cândido de Oliveira, thus winning four titles in 2014. On 24 August, however, he got severely injured while playing on an artificial turf at Boavista FC, with news in next day reporting an anterior cruciate ligament injury; he was thus sidelined until 11 February 2015, when he featured as a substitute in a 3–0 home win against Vitória de Setúbal in the semi-finals of the domestic league cup.

On 14 August 2015, Amorim joined Al-Wakrah Sport Club in Qatar on a season-long deal.

Amorim appeared for Portugal at the 2007 UEFA European Under-21 Championship in the Netherlands, as the national side eventually lost to Italy for the final berth for the following year's Summer Olympic Games. On 10 May 2010, although not part of the senior squad's list of 23 for the 2010 FIFA World Cup, he was named in a backup list of six players. On 8 June he replaced Nani after the Manchester United player sustained a clavicle injury which ruled him out of the finals in South Africa; his senior debut came on the 15th, as he played the last five minutes of the group stage opener against Ivory Coast (0–0) in the place of Raul Meireles.

Amorim was also selected by new manager Paulo Bento for the 2014 World Cup. He made his debut in the tournament on 26 June in the last group phase match against Ghana, featuring the full 90 minutes in the 2–1 win but seeing his team eliminated on goal difference.

Amorim's style is similar to countryman Tiago, with both playing the same position, operating in central midfield, both defensive and offensive (Amorim, however, is also able to play as a right back). 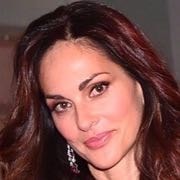