Wilson was born on the 9th of April 1990 in Pittsburgh, Pennsylvania and is the youngest of 6. His earliest interviews posted on YouTube are with Kyle Massey back in 2008. Wilson appearing in a Vlogbrothers video in 2016.

Being the Creator, Writer and Director of Ruba’s World, Wilson has generated over 3 million views on his YouTube channel by capturing the essence of fashion, music and celebrities, from a youthful perspective.

Since 2014, Wilson alongside his cousin Shanice and Flex Alexander, are starring in their own reality show Flex & Shanice, which premiered on November 1, 2014, on Oprah Winfrey Network (U.S. TV channel). Season 2 of the reality series concluded in August 2015.

In May 2016, Wilson interviewed stars on the red carpet at the Radio Disney Music Awards for AwesomenessTV. 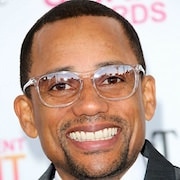