Rozina Sini is a radio presenter on the BBC Asian Network born in Bradford, England.

Sini started in commercial radio at the age of fifteen presenting a range of shows. She completed a degree in broadcast journalism before going to work in local radio stations in Lincoln and Leicester.

Rozina Sini on the BBC

Sini joined the BBC Asian Network as a news reporter in June 2001 at the time of the General Election and reported the aftermath of the 2001 September 11 attacks and in October 2002 was promoted to senior broadcast journalist.

In 2002, she travelled to India for BBC Radio Five Live and the BBC Asian Network to cover India's equivalent of the Oscars. She also covered the 7 July 2005 London bombings and the earthquakes in Pakistan.

In 2011, Sini joined Clive Myrie to discuss their career progression at a Move on Up workshop organised by the Broadcasting, Entertainment, Cinematograph and Theatre Union (BECTU) for black and minority ethnic (BME) media professionals.

In 2012, Sini was shortlisted in the Media category of the Asian Women of Achievement Awards.

The contents of this page are sourced from Wikipedia article on 10 Jun 2020. The contents are available under the CC BY-SA 4.0 license.
comments so far.
Comments
From our partners
Sponsored
Reference sources
References
http://www.bbc.co.uk/programmes/profiles/1FDcS6tGt2LkzGsgdCtD1YJ/rozina-sini
https://www.bectu.org.uk/news/1155
https://www.independent.co.uk/news/people/news/female-gifted-and-asian-record-breakers-7576448.html
//www.google.com/search?&q=%22Rozina+Sini%22+site:news.google.com/newspapers&source=newspapers
//scholar.google.com/scholar?q=%22Rozina+Sini%22
https://www.jstor.org/action/doBasicSearch?Query=%22Rozina+Sini%22&acc=on&wc=on
http://www.bbc.co.uk/pressoffice/biographies/biogs/asiannetwork/rozinasini.shtml

Rozina Sini on the BBC 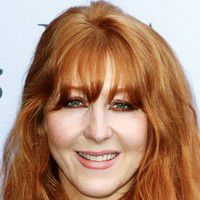