Rougned Roberto Odor ([ˈruɣneð oˈðoɾ]) (born February 3, 1994), nicknamed "Rougie", is a Venezuelan professional baseball second baseman for the New York Yankees of Major League Baseball. He previously played for the Texas Rangers of MLB from 2014 through 2020. He played for the team's minor league affiliates from 2011 until he was called up to the MLB team in 2014. The Rangers traded Odor to the Yankees in 2021.

Odor was born in Maracaibo, Venezuela on February 3, 1994. His first name is a combination of his grandfather's name, Douglas, and his grandmother's name, Nedia; in keeping with the family custom of giving boys names that begin with the letter "R", the "D" in Douglas was changed to an "R", yielding Rougned.

His father, also named Rougned, played college baseball for the University of New Orleans. He has a sister and a younger brother, Rougned José Odor, who signed with the Texas Rangers organization on February 19, 2015. His uncle, Rouglas, played for eight seasons in Minor League Baseball for the Cleveland and Milwaukee Brewers organizations, and is now a manager with the Akron RubberDucks. Three of his uncles on his mother's side played baseball. All three played for the Aguilas de Zulia in the Venezuelan Professional Baseball League, while Eduardo Zambrano also played in MLB for the Chicago Cubs.

Though raised in Maracaibo, he also visited his mother's family in the country during weekends. He spent time around horses, and he enjoys toros coleados, a sport involving horses.

Odor began playing baseball at the age of two. He played in the 2009 World Youth Baseball Championship. He was named to the tournament's all-star team as a second baseman.

Odor signed with the Texas Rangers as an international free agent in 2011, receiving a $425,000 signing bonus. The Rangers aggressively assigned him to the Spokane Indians of the Class A-Short Season Northwest League. He was the youngest player in the Northwest League, and had a .262 batting average on the season. Odor was suspended for four games after starting a brawl during a game with the Vancouver Canadians. In 2012, Odor batted .259 with the Hickory Crawdads of the Class A South Atlantic League.

Odor began the 2013 season with the Myrtle Beach Pelicans of the Class A-Advanced Carolina League, where he had a .303 batting average in 99 games played. In August 2013, Odor was promoted to the Frisco RoughRiders of the Class AA Texas League. Odor's emergence with the Rangers allowed them to trade utility infielder Leury Garcia to the Chicago White Sox for all-star right fielder Alex Rios that month. He finished the season with a .305 batting average with 41 doubles, six triples, 11 home runs, and 78 runs batted in in 130 games for Myrtle Beach and Frisco. The Rangers named Odor their minor league player of the year.

The Rangers invited Odor to spring training in 2014. He began the year with Frisco.

The Rangers promoted Odor to the major leagues on May 8, 2014. On May 12, against Houston Astros pitcher Brad Peacock, Odor hit a single for his first major league hit. He hit his first grand slam on August 27, in a 12-4 decision against the Seattle Mariners. Odor was the youngest player in the MLB during his rookie season and helped the Rangers' second base problem even though they finished 67-95, the third-worst record in baseball that year.

Odor began 2015 as the Rangers' starting second baseman, but he struggled mightily, hitting .144 with one home run, 9 RBIs, and 25 strikeouts to go with seven walks in 29 games. He was optioned to the Round Rock Express of the Class AAA Pacific Coast League on May 11. However, upon his demotion, Odor found his stroke, beating up Triple-A pitching to a .352/.426/.639 slash with five home runs, 19 RBIs, and only 10 strikeouts to 12 walks in roughly the same number of appearances. On June 15, following an injury to Delino DeShields Jr., Odor was recalled to the Rangers, and in his return, promptly went 3-3 with 2 RBI against the Dodgers. Rougned proceeded to hit very hot in the month of June, hitting .391 with two home runs and 9 RBIs and hit .319 with five home runs and 16 RBI in July.

On May 15, 2016, Odor started another on-field brawl by punching Jose Bautista in the face during the eighth inning of a game against the Toronto Blue Jays, after Bautista slid into Odor at second base during a double play. Odor first pushed and then swung at Bautista, hitting him squarely in the face. There is much speculation that this incident spilled over from the bad blood that resulted from Game 5 of 2015's American League Division Series between the Rangers and the Blue Jays, a game that included Blue Jays fans throwing trash onto the field and Bautista flipping his bat emphatically after hitting the Blue Jays' go-ahead home run. Odor received an eight-game suspension from MLB two days later for his actions that resulted in the brawl. After an appeal, Odor's suspension was revised, eventually finalized at seven games.

On October 9, Odor was charged with a throwing error which allowed the Toronto Blue Jays to score the winning run in the 10th inning of Game 3 of the ALDS, thus eliminating the Rangers despite holding the best record in the AL in 2016.

Before the 2017 season, Odor played for the Venezuelan national baseball team in the 2017 World Baseball Classic. On March 25, Odor signed a six-year extension worth $49.5 million. The deal was finalized on March 30. In the Rangers' season opener against the Cleveland Indians, Odor hit two home runs in his first two at-bats of the season.

For the 2017 season, he batted .204/.252/.397, had the lowest on base percentage of all qualified major league batters, and had the lowest batting average on balls in play (.224) of all major league players. For the third consecutive season he led all AL second basemen in errors, with 19.

On April 6, 2021, the Rangers traded Odor to the New York Yankees for Josh Stowers and Antonio Cabello.

As part of the contract Odor signed in 2017, Rangers owner Ray Davis included a pair of quarter horses. Odor plans to build a ranch in the North Texas area, so that his family can move from Venezuela. These are the seventh and eighth horses Odor owns. 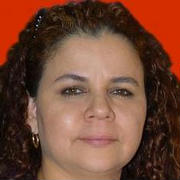 Venezuelan footballer who plays as a goalkeeper born 2000