Ross Thomas (February 19, 1926 in Oklahoma City – December 18, 1995 in Santa Monica, California) was an American writer of crime fiction. He is best known for his witty thrillers that expose the mechanisms of professional politics. He also wrote five novels under the pseudonym Oliver Bleeck about professional go-between Philip St. Ives.

Thomas served with the infantry in the Philippines during World War II. He worked as a public relations specialist, correspondent with the Armed Forces Network, union spokesman, and political strategist in the USA, Bonn (Germany), and Nigeria before becoming a writer.

His debut novel, The Cold War Swap, was written in only six weeks and won a 1967 Edgar Award for Best First Novel. Briarpatch earned the 1985 Edgar for Best Novel. In 2002 he was honored with the inaugural Gumshoe Lifetime Achievement Award, one of only two authors to earn the award posthumously (the other was 87th Precinct author Ed McBain in 2006).

In addition to his novels, Thomas also wrote an original screenplay for producer Robert Evans entitled Jimmy the Rumour. The project is the story of a man born without an identity who works as a thief stealing from other thieves.

He died of lung cancer in Santa Monica, California two months before his 70th birthday.

Aside from Philip St. Ives, the following characters appear in more than one novel: 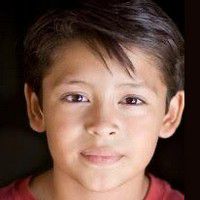