Ross Miner was born in Burlington, Vermont. In addition to figure skating, he also played hockey until the age of 12. Miner moved from Williston, Vermont, to Watertown, Massachusetts, when he was 12. He takes on-line courses from the University of Missouri.

Miner began skating at the age of three. When he was 12, he began training at the Skating Club of Boston. He had to relearn much from scratch as his jump technique was poor at the beginning – underrotating even single axels; nevertheless, Mark Mitchell and Peter Johansson agreed to coach him.

In the 2006–07 season, Miner moved up to the Novice level. He won his regional championship and then placed 5th at his sectional championship, missing qualifying for the 2007 U.S. Championships by one position.

In the 2008–09 season, Miner moved up to the Junior level nationally. He won his sectional championships to qualify for the 2009 U.S. Championships. At Nationals, Miner won the short program and placed second in the free skate to win the gold medal overall.

Following the event, Miner was named to the team to the 2009 World Junior Championships, where he placed 10th.

Miner won the bronze medal at the 2009–10 Junior Grand Prix Final. He had qualified to compete at the senior level at the 2010 U.S. Nationals but suffered a high ankle sprain while practicing a triple axel. He was forced to withdraw from the event and also missed Junior Worlds.

During the 2010–11 season, Miner finished 9th at 2010 NHK Trophy and 7th at 2010 Cup of China. He made his senior national debut at the 2011 U.S. Championships where he won the bronze medal. He was selected to compete at the 2011 World Championships, where he finished 11th. During the off-season, he worked on a quad salchow and shortening the lead time into his jumps.

Miner finished 5th at the 2012 Skate Canada International. At the 2012 NHK Trophy, he landed his first quad salchow in competition and took the bronze medal.

Miner was 9th at the 2013 Skate Canada International. He withdrew from his other GP event, the 2013 Trophee Eric Bompard, due to a right ankle sprain. Miner at the 2011 World Championships 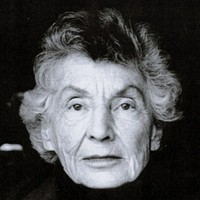