Ross Aaron Malinger (born July 7, 1984) is an American actor. He is best known for his roles as Jonah Baldwin in the 1993 movie Sleepless in Seattle, starring Tom Hanks, and as Bobby Jameson in the 1997 Disney comedy film Toothless, starring Kirstie Alley. He and Alley co-starred in the 1995 television film Peter and the Wolf. He played Adam Lippman, the Bar Mitzvah boy who liked Elaine's "Shiksa appeal", in the Seinfeld episode "The Serenity Now".

Malinger was born in Redwood City, California, the son of Laura, a producer, and Brian Malinger, a producer and sales representative.

He provided the original voice of T.J. Detweiler on the animated series Recess. He did not reprise the role in the next seasons, as he was replaced by Andrew Lawrence. He was a recurring character on the teen drama Party of Five.

He also provided the voice for the puppy Spike, part of the "Riley Gang" in Homeward Bound II: Lost in San Francisco; and played the role of Payton Shoemaker in Little Bigfoot.

He starred with Shelley Long and Treat Williams on the CBS comedy Good Advice, which lasted two seasons, 1993 to 1994.

He was in an episode of Touched by an Angel playing Nick Albright, a troubled teenager after his parents' separation. He appeared in an episode of Without a Trace in 2006 as Jason McMurphy.

Malinger has since retired from acting, and has worked at a series of car dealerships in the Greater Los Angeles area. He also earned an Associate degree from Moorpark College. 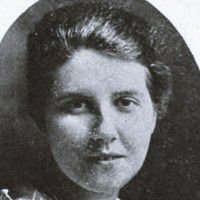