Tom Cruise's character in the film Magnolia was inspired by Jeffries according to the film's writer-director Paul Thomas Anderson. Jeffries is Jewish .

The contents of this page are sourced from Wikipedia article on 22 Apr 2020. The contents are available under the CC BY-SA 4.0 license.
View Ross Jeffries 's image gallery
Image Gallery 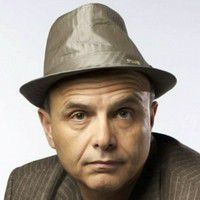