Nix-Adams was the daughter of June Carter Cash and her second husband Edwin "Rip" Nix, and the stepdaughter of the country singer Johnny Cash. Her first name was spelled as both "Rosie" and "Rosey," according to stepsister Rosanne Cash. Nix-Adams had 6 siblings growing up.

Nix-Adams performed as a back-up singer for The Johnny Cash Show, David Grey, and Slim Whitman. She was also a semi-regular performing member of the Carter Family. She performed a duet with Cash on his 1974 single "Father and Daughter" (a remake of the Cat Stevens song "Father and Son") from the album The Junkie and the Juicehead Minus Me.

Nix-Adams was married to Philip Adams.

Nix-Adams and bluegrass musician Jimmy Campbell were found dead on a bus in Montgomery County, Tennessee, on October 24, 2003. The deaths were initially called "suspicious" by law enforcement authorities but were subsequently ruled to be accidental, caused by carbon monoxide from a propane space heater, used without ventilation, in the bus. Nix-Adams was 45 years old. She was buried near her mother and stepfather (who had both died that year) in the Hendersonville Memory Gardens in Hendersonville, Tennessee. 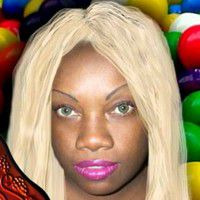