Roseanne Tellez (born October 13, 1962) is an American television reporter and anchor who has been working since 1988. From December 2004 to February 2019, she anchored morning, midday, and evening newscasts for WBBM-TV, the CBS affiliate in Chicago, Illinois. Most recently, she was a general assignment reporter and fill-in anchor.

A native of the Washington, DC suburbs in northern Virginia, Tellez earned an A.A. degree from Orange Coast College in 1983, and a B.A. degree in broadcast journalism from the University of Southern California in Los Angeles. From 1988 to 1990, she worked for WTLV-TV in Jacksonville, Florida before moving to WGN-TV in Chicago, working for the morning and midday team. Prior to her work in Jacksonville, Tellez worked for KQTV in St. Joseph, Missouri as an anchor and reporter.

On February 18, 2019, Chicago media critic Robert Feder reported that Tellez had resigned from WBBM-TV. Friday, February 15 was her last day at the station.

On February 21, 2019, it was announced that Tellez has joined WFLD-TV as the early morning weekday news anchor. Her first day there will be Monday, March 4, 2019.

Tellez is divorced with three children. In her spare time, she works in the fight against muscular dystrophy, even hosting the local Muscular Dystrophy Association's annual telethon.

The contents of this page are sourced from Wikipedia article on 01 Jul 2020. The contents are available under the CC BY-SA 4.0 license.
comments so far.
Comments
Reference sources
References
https://web.archive.org/web/20080501200812/http://alumni.orangecoastcollege.edu/News/108.aspx
http://alumni.orangecoastcollege.edu/News/108.aspx
https://web.archive.org/web/20100302001319/http://cbs2chicago.com/bios/roseanne.tellez.wbbm.9.291760.html
Trending today in 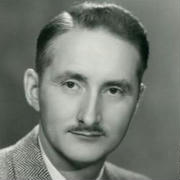