Fiorello was born in Catania, Sicily and raised in Augusta, Sicily. He began his career working in tourist villages, first as a barman, and then as an entertainer. Near the end of the 1980s, Fiorello was brought to Milan by Bernardo Cherubini, whom he had met in Valtur Villages. Bernardo, brother of Jovanotti, who introduced him to Claudio Cecchetto , who directed Radio Deejay and where he met Antonio Germinario, a talent-scout, that become his manager for many years. Soon afterwards, Fiorello began hosting the show "Viva Radio Deejay" with Marco Baldini.

Having become popular through the TV show Karaoke, Fiorello went on to host various TV shows. Soon after, he endured a period of drug problems that kept him away from the world of TV. However, he returned to show business and television in the 1990s, displaying great abilities as a showman, first in the Mediaset networks, then with RAI in 2001, 2002, and 2004 with Stasera Pago Io.

Since 2002, Fiorello has hosted the radio broadcast Viva Radio 2 together with Marco Baldini and the musician Enrico Cremonesi, during which Fiorello shows off his skills as a singer, mimic and entertainer. The authors of the program were Rosario Fiorello with Marco Baldini, Francesco Bozzi, Alberto De Risio, Riccardo Cassini and Federico Taddia. In the summer of 2003, was published the 1st of a long series of CD's that collected the best of his radio show. The CD's included the imitation of: Mike Bongiorno and the Forgetful of Cologno (Berlusconi), Andrea Camilleri, Antonio Cassano, Carlo Azeglio Ciampi, Gianni Minà, Franco Califano, Carla Bruni, Oliviero Toscani, Marina Flaibani from Onda Verde, Nanni Moretti, Vittorio Cecchi Gori, Ignazio La Russa, the prince Albert of Monaco, Monica Bellucci and her husband Vincent Cassel and many more. In 2007 Fiorello and Baldini realized the single Chi Siamo Noi, that included many gags of their radio show Viva Radio 2, the song was written by Rosario Fiorello, Corrado Rizza, Domenico Scuteri and Luca Leonori and it was in the Italian pop chart.

Fiorello's skills as a vocalist have brought him to the cinema as well. He has participated in such varied roles as: a dubber in cartoons (most recently Garfield), to an appearance in the film The Talented Mr. Ripley, in the role of Fausto, a young Italian friend of the main characters.

His younger brother Giuseppe Fiorello is an actor.

In 2008 came out the compilation "Pronto c'e’ Mike" with his gags on the phone with Mike Bongiorno during the radio show "Viva Radio 2", with a book written by Aldo Grasso. On 14 November 2011 Fiorello back on television with a new program entitled "Il più grande spettacolo dopo il weekend" (inspired by the song "Il più grande spettacolo dopo il Big Bang" of his friend Lorenzo Jovanotti). The first episode showed excellent results, with 10 million viewers and almost 40% share. The data, already outstanding, to further improve in the second episode (with over 12 million viewers and a share of almost 43% [10]) and third (almost 12 million viewers and over 43% share).

Other famous impressions and characters include:

During 16 May 2006 episode, on Fiorello's birthday, Carlo Azeglio Ciampi called to wish him a happy birthday and to congratulate him for his impression, especially for the fact that Ciampi doesn't always pronounce clearly the last syllable of some words.

During November 2006 the newspaper Avvenire (linked with CEI) criticized Fiorello for his impression of Padre Georg. Most of the journalists admitted that they had never listened to the radio program directly.

The contents of this page are sourced from Wikipedia article on 10 Apr 2020. The contents are available under the CC BY-SA 4.0 license.
View Rosario Fiorello 's image gallery
Image Gallery 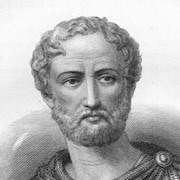