Rosalind Wright Picard (born May 17, 1962) is an American scholar and inventor who is Professor of Media Arts and Sciences at MIT, founder and director of the Affective Computing Research Group at the MIT Media Lab, and co-founder of the startups Affectiva and Empatica. In 2005, she was named a Fellow of the Institute of Electrical and Electronics Engineers for contributions to image and video analysis and affective computing. In 2019 she received one of the highest professional honors accorded an engineer, election to the National Academy of Engineering for her contributions on affective computing and wearable computing.

Picard is credited with starting the branch of computer science known as affective computing with her 1997 book of the same name. This book described the importance of emotion in intelligence, the vital role human emotion communication has to relationships between people, and the possible effects of emotion recognition by robots and wearable computers. Her work in this field has led to an expansion into autism research and developing devices that could help humans recognize nuances in human emotions.

Picard holds a bachelor's degree in electrical engineering with highest honors and a certificate in computer engineering from the Georgia Institute of Technology (1984), and master's (1986) and doctorate degrees (1991), both in electrical engineering and computer science, from MIT. Her thesis was titled Texture Modeling: Temperature Effects on Markov/Gibbs Random Fields. She has been a member of the faculty at the MIT Media Laboratory since 1991, with tenure since 1998 and a full professorship since 2005.

Picard is a researcher in the field of affective computing and the founder and director of the Affective Computing Research Group at the MIT Media Lab. The Affective Computing Research Group develops tools, techniques, and devices for sensing, interpreting, and processing emotion signals that drive state-of-the-art systems that respond intelligently to human emotional states. Applications of their research include improved tutoring systems and assistive technology for use in addressing the verbal communications difficulties experienced by individuals with autism.

She also works with Sherry Turkle and Cynthia Breazeal in the field of social robots, and has published significant work in the areas of digital image processing, pattern recognition, and wearable computers. Picard's former students include Steve Mann, professor and researcher in wearable computers.

Picard is Faculty Chair of the MIT MindHandHeart Initiative, a "coalition of students, faculty, and staff [...] working collaboratively and strategically to strengthen the fabric of [the] MIT community."

While working in the field of affective computing, Picard published Affective Computing. MIT's press release for Picard's textbook states, "According to Rosalind Picard, if we want computers to be genuinely intelligent and to interact naturally with us, we must give computers the ability to recognize, understand, even to have and express emotions".

Picard explains the need to monitor emotional cues and how this is present with humans when she states:

"Whatever his strategy, the good teacher detects important affective cues from the student and responds differently because of them. For example, the teacher might leave subtle hints or clues for the student to discover, thereby preserving the learner's sense of self-propelled discovery. Whether the subject matter involves deliberate emotional expression as is the case with music, or is a "non-emotional" topic such as science, the teacher that attends to a student's interest, pleasure, and distress is perceived as more effective than the teacher that proceeds callously. The best teachers know that frustration usually precedes quitting, and know how to redirect or motivate the pupil at such times. They get to know their student, including how much distress that student can withstand before learning breaks down."

But such emotional cues are not part of robotic intelligence.

In order to portray how such a recognition would alter interactions with robots, Picard gave an example situation:

Imagine your robot entering the kitchen as you prepare breakfast for guests. The robot looks happy to see you and greets you with a cheery "Good morning." You mumble something it does not understand. It notices your face, vocal tone, smoke above the stove, and your slamming of a pot into the sink, and infers that you do not appear to be having a good morning. Immediately, it adjusts its internal state to "subdued," which has the effect of lowering its vocal pitch and amplitude settings, eliminating cheery behavioral displays, and suppressing unnecessary conversation. Suppose you exclaim, "Ow!!" yanking your hand from the hot stove, rushing to run your fingers under cold water, adding "I can't believe I ruined the sauce." While the robot's speech recognition may not have high confidence that it accurately recognized all of your words, its assessment of your affect and actions indicates a high probability that you are upset and maybe hurt.

In such a situation, it is necessary for the robots to understand the emotional aspects of humans in order to better serve their intended purpose.

Her work has influenced many fields beyond computer science, ranging from video games to law. One critic, Aaron Sloman, described the book as having a "bold vision" that will inspire some and irritate others. Other critics emphasize the importance behind the work as it establishes an important framework for the field as a whole. Picard responded to Sloman's review by saying, "I don’t think the review captures the flavor of the book. However, he does raise interesting points, as well as potential misunderstandings, both of which I am grateful for the opportunity to comment on".

In 2009, Picard co-founded Affectiva, along with Rana el Kaliouby, and became the company's chief scientist for the next four years. The company was based on technologies the two began developing at the Affective Computing Research Group within the MIT Media Lab. In April 2014, Picard co-founded Empatica, Inc, a business creating wearable sensors and analytics to help people understand and communicate physiological changes involved in emotion. Her team showed that physiological changes in the emotion system could help identify seizures that might be life-threatening.

Besides researching robotic intelligence, Picard has performed research in the field of autism. Her team created an "emotional-social intelligence prosthesis" (ESP), that allowed a person diagnosed with autism to monitor their own facial reactions in order to educate them on social cues in others. This device had a 65% accuracy rate for reading one of eight emotional states from an individual's facial expressions and head movements. She revealed parts of this technology at the 11th Annual International Symposium on Wearable Computers.

Picard has put forward theories to improve the research of emotions through the implementation of new technologies with a focus to gather emotional information outside of a lab setting. With devices that can measure heart-rate, electrodermal activity, and other physiological changes, and that are non-obtrusive and simple to wear (Picard uses an example of the iCalm sensor) emotional responses can be more accurately observed in a real life. She also argues against nomothetic research over idiographic research when it comes to studying emotions claiming that an individualized approach would be more fruitful than just throwing out data when a group correlation is not found. In this way, data from individuals could still be kept and analyzed and then paired (not averaged) with data clusters that were similar.

Picard says that she was raised an atheist, but converted to Christianity as a young adult. She is a practicing Christian and does not believe there is a separation of the "material body and immaterial spirit" but that there is "something else that we haven't discovered yet", and believes "that scientists cannot assume that nothing exists beyond what they can measure". She believes it likely that there is "still something more" to life, beyond what we have discovered, and sees DNA as too complex to have originated through "purely random processes". To her, the complexity of life shows "the mark of intervention", and "a much greater mind, a much greater scientist, a much greater engineer behind who we are". She sees her religious beliefs as playing a role in her work in affective computing, and explains that when "Digging into the models of how the emotions work, I find I feel even greater awe and appreciation for the way we are made, and therefore for the Maker that has brought this about".

Picard is one of the signatories of the Discovery Institute's A Scientific Dissent From Darwinism, a petition which the intelligent design movement used in an effort to cast doubt on evolution as adequate for explaining the complexity of life and saying examination of the evidence should be encouraged. Although her view about the complexity of DNA "sounds similar to the intelligent design debate", reporter Mirko Petricevic writes, "Picard has some reservations about intelligent design, saying it isn't being sufficiently challenged by Christians and other people of faith". She argues that the media has created a false dilemma by dividing everyone into two groups, supporters of intelligent design or evolution. "To simply put most of us in one camp or the other does the whole state of knowledge a huge disservice." 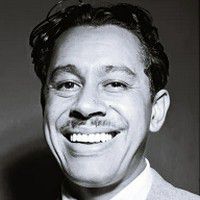 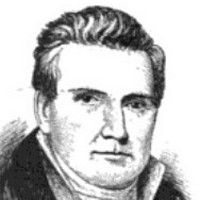 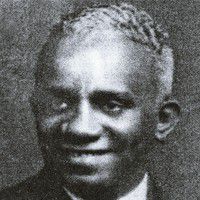 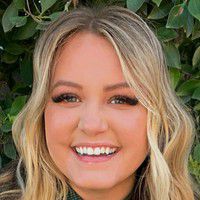 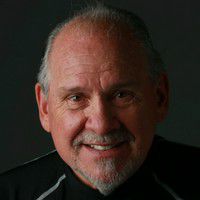 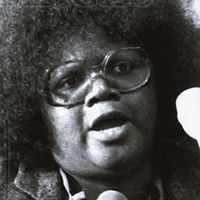 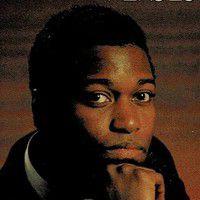