María Rosalía Rita de Castro (Galician pronunciation: [rosaˈli.a ðe ˈkastɾo]; 24 February 1837 – 15 July 1885), was a Galician romanticist writer and poet.
Writing in the Galician language, after the Séculos Escuros (lit. Dark Centuries), she became an important figure of the Galician romantic movement, known today as the Rexurdimento ("renaissance"), along with Manuel Curros Enríquez and Eduardo Pondal. Her poetry is marked by saudade, an almost ineffable combination of nostalgia, longing and melancholy.
She married Manuel Murguía, member of the Galician Academy, historian, journalist and editor of Rosalía's books. The couple had seven children: Alexandra (1859–1937), Aura (1868–1942), twins Gala (1871–1964) and Ovidio (1871–1900), Amara (1873–1921), Adriano (1875–1876) and Valentina (stillborn, 1877). The only two that married were Aura in 1897 and Gala in 1922; neither they nor their siblings left any children, and thus there are no living descendants of Rosalía de Castro and her husband. Their son Ovidio was a good painter, but his early death cut his career short.
The date she published her first collection of poetry in Galician, Cantares gallegos ("Galician Songs"), 17 May 1863, is commemorated every year as the Día das Letras Galegas ("Galician Literature Day"), an official holiday of the Autonomous Community of Galicia, and has been dedicated to an important writer in the Galician language since 1963.
Relative poverty and sadness marked her life, although she had a strong sense of commitment to the poor and to the defenseless. She was a strong opponent of abuse of authority and defender of women's rights. She suffered from uterine cancer and died of this illness.

She is buried in the Panteón de Galegos Ilustres, a pantheon (mausoleum) in the Convent of San Domingos de Bonaval at Santiago.

Rosalia de Castro is today the unquestioned poet laureate of Galicia (Spain). Highly educated, expected to speak and write Spanish only, she took the bold, unconventional step of writing her early poems in the Galician language. Her defiance earned her the contempt and spite of that segment of the population for whom Galician was a dialect fit only for the illiterate and the churlish; but Rosalía's gallant gesture won her the love and admiration of the rest. Schools in Galicia, in Spain, in Russia and in Uruguay, libraries, cultural associations, awards, parks, folklore groups, choirs, compositions of her poems, a Galician traditional morning song adorned with the lyrics of one of her poems, a professional sports team, monuments at home and abroad, a theater, restaurants, a label of white wine, lodgings, a banknote formerly in circulation, a postage stamp, a FS98 Iberia Airbus A340, a sea-rescue plane, a school train and many streets have all taken her name. In the English-speaking world, Small Stations Press published Rosalía de Castro's Galician Songs in an *Erín Moure translation in 2013 [1]; the Moure translation of de Castro's New Leaves is in press with Small Stations and scheduled to appear in September, 2016. Edwin Mellen Press published in 2010 "the most thorough and representative volume of poetry and prose from Rosalia de Castro (1837-1885) ever translated into English." In 2007 Shearsman Books presented a paperback of selected poems translated by Michael Smith. In 2004 Louis J. Rodrigues gave in the literary magazine Babel a translation and analysis of two Rosalian poems, Nasín cando as prantas nasen and Negra Sombra. In 1991 State University of New York Press launched an English anthology edited and translated by Anna-Marie Aldaz, Barbara N. Gantt and Anne C. Bromley. In 1977 Kathleen Kulp-Hill translated several Galician poems as part of her work entitled "Rosalía de Castro"; this book is still available from AllBookstores.com. In 1964 the Spanish Ministry of Foreign Affairs published a selection of Galician poems translated into English by Charles David Ley; this book may be found in Spanish Rare Books libraries.

In the Portuguese-speaking world Editoria Crisálida in 2008 published an anthology of Rosalia's Galician poems translated by Andityas Soares de Moura. There is a statue in her honor on Galicia's Square in the city of Porto, Portugal, by the sculptor Barata Feyo (September 1954).

In the French-speaking world Folle Avoine in 2003 offered a French anthology of Galician poems translated by Jose-Carlos Gonzalez.

At the present time, the name Rosalía de Castro has been designated to several institutions, public spaces, and consumer goods, showing the social influence this poet has had. For example, it's possible to find educational centers named after the writer in the Autonomous Community of Galicia and other regions of Spain, as well as Russia, Venezuela (Teatro Rosalía de Castro) or Uruguay. Furthermore, there are numerous parks, plazas and streets, cultural associations, prizes granted to people that are intimately linked with the Galician and Spanish languages, libraries, folk groups, choirs, and even a wine with the name Rías Baixas. It also seems interesting that a plane from the airline Iberia, as well as an aircraft belonging to the Maritime Safety and Rescue Society (Salvamento Marítimo), have been given the name of Rosalía de Castro. Obviously, there are many monuments (primarily commemorative plaques and sculptures) dedicated to her figure in diverse countries of the world.

On 23 October, 1979 the last of the 500 peseta bills was printed, being that in 1987, this bill was to be substituted by a coin of the same value. The bill was distinct because on the obverse side, the portrait of Rosalía de Castro was displayed, made by Pablo Sampedro Moledo, and on the reverse side was represented the House/Museum of Rosalía located in Padrón and a few handwritten verses from Rosalía de Castro's work Follas novas. With the printing of this bill, Rosalía de Castro became, along with Isabella I of Castile, the only female (not allegorical) to be placed on the obverse side of a Spanish bill.

Each year links to its corresponding year-in-poetry article or year-in-literature article: 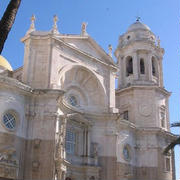 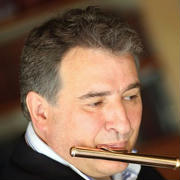