Jackson joined the White House Medical Unit in the mid-2000s under George W. Bush, and served as Physician to the President from 2013 to 2018 under Barack Obama and Donald Trump. On March 28, 2018, Trump nominated Jackson to be United States secretary of veterans affairs to succeed David Shulkin. On April 23, 2018, allegations were publicized against Jackson alleging misconduct and mismanagement during his service in the White House. The administration disputed the allegations. Concern was also expressed about Jackson's lack of management experience. On April 26, 2018, Jackson withdrew his nomination as Secretary of Veterans Affairs.

On February 2, 2019, President Trump appointed Jackson to serve as Assistant to the President and Chief Medical Advisor, a new position in the Executive Office. Jackson retired from the Navy on December 1, 2019, and on December 9, he filed to run as a Republican for Congress in Texas's 13th congressional district. Placing second in the Republican primary, he won a runoff for the nomination and subsequently won the election on November 3, 2020.

On March 2, 2021, the Inspector General of the Department of Defense briefed members of Congress on its review of Jackson that was initiated in 2018. Its report accuses Jackson of inappropriate interactions with subordinates and abuse of alcohol and prescription medication.

Jackson was born to Waymon and Norma Jackson and raised in the small town of Levelland, Texas. One of three children, Jackson has a brother Gary and a sister Stacy who still live and work in Levelland. He attended Texas A&M University, graduating in 1991 with a Bachelor of Science degree in marine biology. He attended medical school at the University of Texas Medical Branch, receiving his MD degree in 1995.

Jackson is a board-certified diplomate of the American Board of Emergency Medicine and is designated as a fellow of the American Academy of Emergency Medicine. He holds a faculty clinical appointment with the Uniformed Services University of the Health Sciences, and held a one-year appointment with the Harvard School of Medicine-affiliated Beth Israel Deaconess Disaster Medicine Fellowship Program.

Jackson began his active duty naval service in 1995 at Naval Medical Center Portsmouth, where he completed his internship in transitional medicine in 1996. He went on to become the honor graduate of the Navy's Undersea Medical Officer Program in Groton, Connecticut. Qualified in submarine and hyperbaric medicine, he subsequently took on operational assignments including instructor at the Naval Diving and Salvage Training Center in Panama City, Florida; detachment officer in charge and diving medical officer at Explosive Ordnance Disposal Mobile Unit 8 in Sigonella, Italy; and diving safety officer at the Naval Safety Center in Norfolk.

In 2001, Jackson returned to Portsmouth Naval Medical Center to begin his residency in emergency medicine, finishing at the top of his class and receiving the honor graduate designation. Upon completing his residency in 2004, he was assigned as clinical faculty in the Emergency Medicine Residency Program at the Naval Hospital in Portsmouth, Virginia. In 2005, he joined the 2nd Marine Logistics Group, Combat Logistics Regiment 25, in Camp Lejeune, North Carolina. From there he deployed in support of Operation Iraqi Freedom as the emergency medicine physician in charge of resuscitative medicine for a forward deployed Surgical Shock Trauma Platoon in Taqaddum, Iraq.

In 2006, while still in Iraq, Jackson was selected as a White House physician. During his tenure at the White House, he directed the Executive Health Care for the President's cabinet and senior staff, served as physician supervisor for the Camp David Presidential Retreat, held the position of Physician to the White House and led the White House Medical Unit as its director. He served in the White House medical unit during three administrations and was the appointed physician for President Obama. In January 2017, Jackson made headlines after treating a girl who was bitten by Sunny, one of the Obamas' dogs.

President Trump retained Jackson as Physician to the President upon his inauguration in January 2017; Jackson attempted several times to modify President Trump's diet and exercise habits because of concerns over the latter's weight. Failing to get the president to make any changes, Jackson resorted to merely lying about the president's fitness, once claiming he was 6'3" and weighed 233lbs., the same height and weight as many trained professional athletes. In March 2021, a pentagon watchdog report found that he 'made sexual comments, violated alcohol policy, and took sleeping pills while white house physician.He was nominated to the rank of rear admiral (upper half) on March 20, 2018. This nomination was returned to President Trump by the 115th Congress on January 3, 2019 without having received consideration by the Senate Committee on Armed Services. The nomination was resubmitted to the 116th Congress on January 15, 2019 and returned without consideration to President Trump on January 3, 2020 following Jackson's retirement.

On March 28, 2018, President Donald Trump announced that he planned to replace David Shulkin with Ronny Jackson as secretary of Veterans Affairs. Some senators expressed skepticism of the nomination due to Jackson's lack of management experience.

On April 23, 2018, the U.S. Senate Committee on Veterans' Affairs postponed a hearing on his nomination after current and former employees on the White House medical staff accused Jackson of creating a hostile work environment, excessively drinking on the job, and improperly dispensing medication. Senator Jon Tester told CNN on April 24 that Jackson was known as "the candy man" inside the White House, according to around 20 people who brought these concerns to the Veterans' Affairs Senate Committee. He would allegedly hand out Ambien, Provigil, and other prescription drugs "like they were candy". CNN also reported that during an overseas trip in 2015, an intoxicated Jackson loudly knocked on the hotel room door of a female employee, so noisily that the United States Secret Service reportedly stopped him to prevent him potentially waking up then-President Barack Obama. Trump responded during a news conference the next day, defending Jackson as "one of the finest people that I have met", but also hinting that his nominee might drop out, while blaming Democrats for mounting an unfair attack on the admiral's record. On April 27, 2018, the Secret Service reported that it had no records of any incidents involving Jackson having caused any commotions in hotels in 2015 when Secret Service personnel were guarding President Obama.

Jackson was widely criticized for giving a glowing assessment of President Trump's health, saying that "if he had a healthier diet over the last 20 years, he might live to be 200 years old", and that he had "incredibly good genes, and it's just the way God made him". He was accused of misstating the height and weight of the president in order to minimize his obesity.

Jackson withdrew himself from consideration for the Secretary of Veterans' Affairs nomination on April 26, 2018, after the Senate Committee on Veterans' Affairs began formally investigating the allegations. Jackson insisted that the allegations were "completely false and fabricated" and said he was withdrawing because the controversy has become a distraction for Trump and his agenda. On April 29, Politico reported that Jackson will continue to work in the White House Medical Unit but will not be returning to his position as the President's personal physician, to be replaced by Navy officer Sean Conley, who took over the role a month earlier.

Jackson retired from the Navy on December 1, 2019.

On December 9, 2019, Jackson filed to run as a Republican for Congress in Texas's 13th congressional district, his home district. The seat came open when 13-term incumbent Republican Mac Thornberry announced he would not seek reelection in the 2020 election. Jackson finished in second place in the primary election–the real contest in this heavily Republican district–behind former Texas Cattle Feeders Association lobbyist Josh Winegarner, and the two were set for a runoff election on July 14, 2020 for the Republican nomination. On July 14, 2020, he won the runoff election over Winegarner by 55.58% to 44.42%. According to The New York Times, Jackson "ran a campaign based on his close relationship with President Trump." Jackson leveraged that relationship to obtain assistance from two top officials with Trump's reelection campaign, Justin Clark and Bill Stepien, when it seemed his congressional bid was in trouble.

In May 2020, Jackson argued that President Obama had spied on the Trump campaign, and accused Obama of "[weaponizing] the highest levels of our government to spy on President Trump." Jackson added: "Every Deep State traitor deserves to be brought to justice for their heinous actions."

Jackson opposes face mask mandates to halt the spread of the coronavirus. He said, "I think that wearing a mask is a personal choice, and I don't particularly want my government telling me that I have to wear a mask."

As expected, Jackson won the general election in a rout, taking 79.4 percent of the vote to Democratic challenger Gus Trujillo's 18.5 percent. Since Thornberry swept into Congress during the 1994 Republican wave, no Democrat has crossed the 40 percent mark, and only three Democrats have managed even 30 percent.

Jackson's decorations, awards, and badges include, among others: Jackson was nominated for the SOTE Award in 2020. 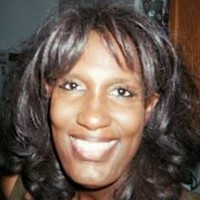