Ronnie Mabra is Democratic member of the Georgia House of Representatives, serving since 2013. Mabra played football for the Georgia Tech Yellow Jackets, where he was a member of the All-ACC Academic Honor Team. Mabra is also an attorney in private practice.

Ronnie has called Georgia home his entire life. He is a proud native of Fayetteville where he was a standout varsity athlete for the Fayette County High School Tigers. Despite several out-of-state opportunities, Ronnie was committed to staying in Georgia and attended the Georgia Institute of Technology.

Ronnie’s parents always stressed academics over sports. Ronnie eagerly took their counsel to heart. As a member of the All-ACC Academic Honor Team, Ronnie successfully balanced Georgia Tech’s rigorous academic requirements with the challenges that accompany playing four seasons as a strong safety. In 2000, Ronnie made the difficult decision to forgo the NFL Scouting Combine and instead set his sights on law school. Ronnie’s teammates fondly remember him traveling to away games with a defensive playbook in one hand and a law school study guide in the other. Continuing to keep his talent in state, Ronnie attended the University of Georgia School of Law.

State Representative Ronnie Mabra Jr. was sworn in as a member of the Georgia General Assembly on January 14, 2013. Ronnie serves as the State Representative for District 63 which covers residents of South Fulton, North Fayette, and South Clayton Counties. During his first term, Ronnie passed a bill protecting the confidential and personal information of car wreck victims, an impressive feat for a freshman legislator in the minority party to pass a bill in the Georgia General Assembly. Ronnie is currently a member of the Judiciary, Higher Education, and Code Revision committees.

In addition to serving in the Georgia General Assembly, Ronnie is also a dedicated trial lawyer and founder of the Mabra Firm, LLC., a personal injury law firm in Midtown Atlanta. Ronnie is an active member of the legal community. He is a member of the Georgia Trial Lawyers Association and the Fayette County Bar Association. In 2011, 2012, 2013 and 2014 Ronnie was selected by Georgia Super Lawyers magazine to appear on its Rising Stars list, which features outstanding young lawyers throughout the state. In 2013 and 2014, Ronnie’s law firm was recognized as one of the fastest growing businesses in the country started by a University of Georgia graduate. 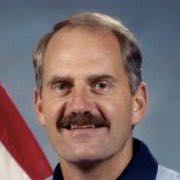