Ronald V. Davis (born January 26, 1947) is an American philanthropist and the founder and former CEO and President of The Perrier Group of America Inc. He served as its president and chief executive officer from October 1979 to January 1994. He was nationally acclaimed for his crisis management of the Perrier recall in 1990 and went on to be a speaking on ethics and crisis management.

After selling the Perrier Group, Ron spent ten years as an active investor and venture capitalist in emerging companies, leverage buyouts and real estate, and was an investor and board member of four IPO’s. He has served on the boards of numerous private and public companies.

In 1998 he Founded Guardian Scholars at Cal State University Fullerton which was the start of changing his focus to supporting education for underserved youth. Guardian Scholars provides scholarships and mentoring to Foster Youth, it has expanded to over 70 Colleges and Universities in American. In 2004 he Founded Guardian Scholars in the Vail Valley to provide scholarship and mentoring to first generation youth attending Colorado Mesa University. In 2019 he founded My Future Pathways to academic, social and emotional, and life skills to first generation youth.

In 2020 he became a trustee at Colorado Mesa University.

Ron earned a AA Degree from Mount San Antonio College, a Bachelor of Arts from California State University Fullerton, and an MBA from the University of Southern California. 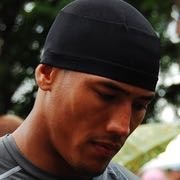