Mangum was born in Chicago, Illinois to Roy Oliver and Marjorie Wilma Mangum. He grew up in Park Ridge, Illinois and attended Maine Township High School. Subsequently, he attended Northwestern University, Evanston, Illinois, from which he graduated in three years with a Bachelor of Arts degree in History (1965), and Northwestern University School of Law, from which he graduated with a degree of Juris Doctor (1968). He subsequently attended Norwich University, Northfield, Vermont, where he received Masters of Arts Degree in Diplomacy and Military Science in 2004.

As a practising lawyer, Mangum was admitted to practice before the Supreme Courts of Illinois (1968) and Wisconsin (1985), the United States Tax Court, the United States Supreme Court, the United States Court of Appeals for the Seventh Circuit, the United States District Courts (Northern, Central and Southern Districts of Illinois) and the Federal Trial Bar. Mangum practised law in Chicago for over 30 years, founding the firm of Mangum, Smietanka & Johnson, L.L.C. He served in several leadership positions in the Illinois State Bar Association and the Chicago Bar Association. In the ISBA he was an assembly delegate (1973–1979) and Chair several committees including State Taxation Section Council (1974–1977); Chair, Standing Committee on Long Range Planning (1983–1985); and Chair, Standing Committee on Legislation (1986–1989). In addition, he was founder and chairman of the Health Care Law section (1983–1988). In the Chicago Bar Association he served at Chairman of the Judicial Evaluation and Reform Committee (1976–1977). He retired from the active practice of law upon re-entering active duty with the United States Army in 2000, but returned to the legal profession in 2011 as the Country Director of the American Bar Association Rule of Law Initiative in Armenia in 2011, where he has been admitted to the Armenian Chamber of Advocates as a licensed foreign attorney.

Mangum was active in many charitable organizations, especially the modern Knights Templar organization known as the Ordo Supremus Militaris Templi Hierosolymitani (OSMTH) in which he attained the rank of Grand Croix and served as international Grand Chancellor General from 1996 to 2003 and Grand Prior of Austria from 2011.

He helped establish the brotherhood of Tadzrelebi (Templars) in the former Soviet Republic of Georgia in 2008 and served as Preceptor of that group from 2009. He has also been active in the Military and Hospitaller Order of Saint Lazarus of Jerusalem (Grand Croix) (Grand Commander of the Grand Priory of Carpathia), the Order of the Eagle of Georgia and the Seamless Tunic of Our Lord Jesus Christ (Grand Croix), the Order of St. Constantine Magnus (Knight) and Companion of the Order of the Red Branch (Ireland). He has been President of the American Hearing Research Foundation, Trustee of the Evanston (Illinois) Art Center, President of the Parkinson Research Corporation, Life member of the Art Institute of Chicago, and member of the Evanston (Illinois) Preservation Commission. In 2005, for service rendered the head of the family of Rhedey von Kis-Rhede line of the Saros Country of the Genus Aba of the former Kingdom of Hungary granted perpetual use of one of the coats of arms granted to the Rhedey family in 1578 by King Rudolf of Hungary and Austria at Pressburg, Austria. The arms have been registered with the American College of Heraldry (2007) and the Russian College of Heraldry (2008), and are described as:

Per pale, Or and Gules, dexter an eagle rising Argent standing on a Turk’s head proper, holding in the right talons a heart Gules, sinister and arm embowed and armoured proper, ungloved holding a scimitar proper; upon a helm bared Or, a wreath Or and Gules between eagle wings displayed Gules, on the dexter a crescent moon Argent and sinister a mullet Argent a sword point upward proper, issuing from a crest Coronet Or, mantled Or and Gules; Supporters: on either side a lion rampant Or, armed and langued Gules, holding a banner Gules, with a mullet Argent. In escrol beneath the shield, this motto: Virtus cum Honorem.

On December 5, 2008, Prince Krzysytof Konstanty Radziwill invested General Mangum as a hereditary noble knight of the Polish-Lithuanian Princely House of Radziwill and granted to him and all of his descendants, the right in perpetuity to incorporate into his arms the Arms of the Radziwill Family, described as "Argent three bugle horns in triangle the mouthpieces conjoined in fess point sable garnished, virolled and corded." 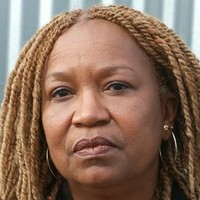