Ronald "Ronny" Borchers (born 10 August 1957 in Frankfurt) is a German football coach and former footballer. He is currently the manager of FC 07 Bensheim.

Between 1975 and 1987, he played for Eintracht Frankfurt, Arminia Bielefeld and Waldhof Mannheim in the Bundesliga. However, he celebrated the majority of his success with Eintracht, winning the UEFA Cup in 1980 and the DFB Cup in 1981.

Between 1978 and 1981, he played six times for Germany. Following his playing career, he became a coach for lower-league German teams. Since September 2010, he is managing Wormatia Worms. 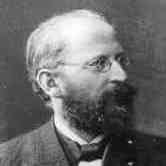