Ronald Price Hickman OBE (21 October 1932 – 17 February 2011) was a South African-born, Jersey-based car designer and inventor who designed the original Lotus Elan, the Lotus Elan +2 and the Lotus Europa, as well as the Black & Decker Workmate.

Hickman was born in Greytown, Natal, South Africa, where he worked as a courthouse clerk after leaving high school. He moved to London in the 1950s where he was employed by a music publisher.

From 1954 Hickman worked for the Ford Motor Company at Dagenham first as a clay modeller and later he helped to style the 105E Ford Anglia. He became the director of Lotus Engineering in the 1960s, designing the first Lotus Europa as part of Lotus's GT40 project bid. He left Lotus in 1967.

Hickman invented the wood-and-steel foldable Workmate bench when he damaged a chair that he was using to steady a piece of wood that he was sawing when making a wardrobe. His offer of a licence for the product he developed was rejected by several companies who could not see a large market for it, so Hickman sold the benches himself to professional builders at trade shows until Black & Decker saw the light in 1973 and began producing them. By 1981 it had sold 10 million benches. More than 30 million of the benches have now been sold, and Hickman had to defend his patent numerous times against manufacturers attempting to copy it.

In 1977 he moved to Saint Brélade, Jersey, where he had a design factory and belonged to the Jersey Old Motor Club. He died at the age of 78 in hospital on the island after a five-month-long illness caused by a serious fall. 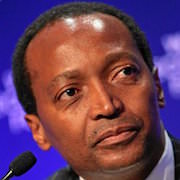 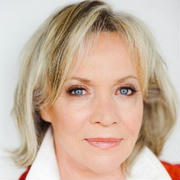