Ron Haydock (April 17, 1940, Chicago, Illinois – August 14, 1977, Victorville, California) was an American actor, screenwriter, novelist and rock musician.
His band, Ron Haydock & the Boppers, was sometimes compared to Elvis Presley. Their August 1959, debut release was "99 Chicks"/"Be-Bop-A Jean." These tunes and 26 other tracks were reissued by Norton Records on the 1996 CD 99 Chicks, which had a vinyl release in 2005.
In the Hollywood B-movie industry, Haydock was an actor and screenwriter, working with director Ray Dennis Steckler, and he also worked as a magazine editor. Haydock used a variety of pseudonyms—Arnold Hayes, Lonnie Lord, Vin Saxon, Don Sheppard and Jerry Lee Vincent. As Vin Saxon, he was the author of adult fiction paperbacks during the 1960s and 1970s. As Arnold Hayes, he wrote graphic stories for Warren Publishing. Haydock was allegedly responsible for discovering actor Edgar Aghassi and setting him on a career in cult horror films.
Haydock's life came to an end on August 14, 1977, when he was struck by a truck while hitchhiking after visiting Steckler in Las Vegas. Ironically, his death came two days before Presley's. Norton Records' Miriam Linna has written extensively about Haydock for liner notes, magazine articles and the book Sin-A-Rama (2004). 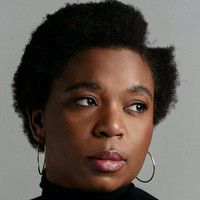