Romanos II was a son of Emperor Constantine VII and Helena Lekapene, the daughter of Emperor Romanos I Lekapenos and his wife Theodora. Named after his maternal grandfather, Romanos was married, as a child, to Bertha, the illegitimate daughter of Hugh of Arles, King of Italy to bond an alliance. She had changed her name to Eudokia after their marriage, but died an early death in 949 before producing an heir, thus never becoming a real marriage, and dissolving the alliance. On January 27, 945, Constantine VII succeeded in removing his brothers-in-law, the sons of Romanos I, assuming the throne alone. On April 6, 945, Constantine crowned his son Romanos co-emperor. With Hugh out of power in Italy and dead by 947, Romanos secured the promise from his father that he would be allowed to select his own bride. Romanos chose an innkeeper's daughter named Anastaso, whom he married in 956 and renamed Theophano.

In November 959, Romanos II succeeded his father on the throne amidst rumors that he or his wife had poisoned him. Romanos purged his father's courtiers of his enemies and replaced them with friends. To appease his bespelling wife, he excused his mother, Empress Helena, from court and forced his five sisters into convents. Nevertheless, many of Romanos' appointees were able men, including his chief adviser, the eunuch Joseph Bringas.

The pleasure-loving sovereign could also leave military matters in the adept hands of his generals, in particular the brothers Leo and Nikephoros Phokas. In 960 Nikephoros Phokas was sent with a fleet of 1,000 dromons, 2,000 chelandia, and 308 transports (the entire fleet was manned by 27,000 oarsmen and marines) carrying 50,000 men to recover Crete from the Muslims. After a difficult campaign and nine-month Siege of Chandax, Nikephoros successfully re-established Byzantine control over the entire island in 961. Following a triumph celebrated at Constantinople, Nikephoros was sent to the eastern frontier, where the Emir of Aleppo Sayf al-Dawla was engaged in annual raids into Byzantine Anatolia. Nikephoros liberated Cilicia and even Aleppo in 962, sacking the palace of the Emir and taking possession of 390,000 silver dinars, 2,000 camels, and 1,400 mules. In the meantime Leo Phokas and Marianos Argyros had countered Magyar incursions into the Byzantine Balkans.

After a lengthy hunting expedition Romanos II took ill and died on March 15, 963. Rumor attributed his death to poison administered by his wife Theophano, but there is no evidence of this, and Theophano would have been risking much by exchanging the secure status of a crowned Augusta with the precarious one of a widowed Regent of her very young children. Romanos II's reliance on his wife and on bureaucrats like Joseph Bringas had resulted in a relatively capable administration, but this built up resentment among the nobility, which was associated with the military. In the wake of Romanos' death, his Empress Dowager, now Regent to the two co-emperors, her underage sons, was quick to marry the general Nikephoros Phokas and to acquire another general, John Tzimiskes, as her lover, having them both elevated to the imperial throne in succession. The rights of her sons were safeguarded, however, and eventually, when Tzimiskes died at war, her eldest son Basil II became senior emperor.

Romanos married firstly on September 944 with Bertha, illegitimate daughter of Hugh of Arles, King of Italy, who changed her name to Eudokia after her marriage. She died in 949, her marriage unconsummated.

By his second wife Theophano he had at least three children:

The contents of this page are sourced from Wikipedia article on 08 Mar 2020. The contents are available under the CC BY-SA 4.0 license.
View Romanos II 's image gallery
Image Gallery 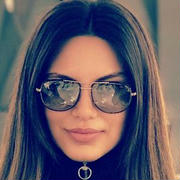 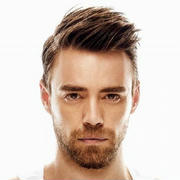 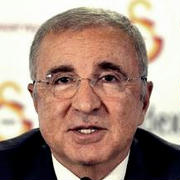