Roman Josi (born 1 June 1990) is a Swiss professional ice hockey defenceman who currently plays for and is an alternate captain of the Nashville Predators of the National Hockey League (NHL).

Josi began playing professionally with SC Bern in 2006. He was selected by the Nashville Predators in the second round, 38th overall, in the 2008 NHL Entry Draft. He was considered one of the top Swiss prospects in the draft.

Josi scored his first NHL goal on 10 December 2011, against Dan Ellis of the Anaheim Ducks.

He began the 2012–13 season with his youth team, SC Bern, because of the Lockout. He played alongside NHL stars John Tavares and Mark Streit. With the Lockout resolved, Josi returned to play with the Predators and on February 25, 2013, Josi scored a career high four points (two goals and two assists) in an overtime home win against the Dallas Stars.

Josi was selected to play in the 2016 NHL All-Star Game.

He was selected to play for Team Europe at the 2016 World Cup. 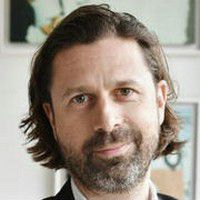