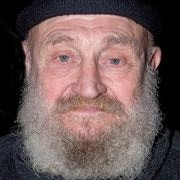 To English-speaking audiences, as well as in several European countries where it has become an annual Holiday Classic, Hoppe is perhaps best known for his rôle as the King in the 1973 East-German – Czechoslovakian co-production: Three Gifts for Cinderella (the title used for its UK début), or Three Nuts for Cinderella (the title used for its US début); also known as Three Wishes for Cinderella in various subsequent releases in the English-speaking world. (The original German title is: Drei Haselnüsse für Aschenbrödel, and the original Czech title is: Tři oříšky pro Popelku).

Hoppe was born the son of a master baker in Ellrich, Thuringia, Germany. After his apprenticeship as a baker, he worked from 1945 to 1948 as a coach driver.

Hoppe moved to Erfurt where he began formal training as an actor at the Staatliches Konservatorium from 1949 to 1951, during which time he supported himself by working as an animal handler at the Zircus Aeros. He later performed at Thalia Theater in Halle (Saale) and at the Young World Theatre in Leipzig. His stage performances included such notable venues as the Staatsschauspiel Dresden, the Deutsches Theater in Berlin, and the Salzburg Festival. Internationally, he worked in Switzerland, Italy, Poland and China.

In the East German DEFA movies, Hoppe often played villains, frequently in different Osterns. One of his most notable roles was that of the Tábornagy (Hermann Göring) in Mephisto, which was awarded the 1981 Academy Award for Best Foreign Language Film.

In addition to numerous appearances in feature films and television productions, Hoppe also worked as a voice-artist in children's radio plays and audio-books, such as the German version of Alice in Wonderland where he provided the voice of the White Rabbit.

Hoppe died 14 November 2018 in Dresden, where he lived in the suburb of Weißig. He was interred in the Waldfriedhof Weisser Hirsch (cemetery), Dresden; and survived by his wife Friederike with whom he had two daughters: Josephine and Christine Hoppe, the latter who is also an actress. His grandson Oscar Hoppe is an actor as well. 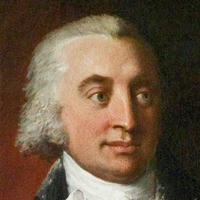