Roland Wohlfarth (born 11 January 1963 in Bocholt) is a former footballer who played as a forward.

In the final of the 1985–86 DFB-Pokal, Wohlfarth scored three goals in the 5–2 victory against VfB Stuttgart, with Bayern Munich seen as heroic cup winners.

At Bayern Munich he had to eke out his place in the main squad every season, against top class newcomers of the club. This he usually succeeded in doing. He became top scorer of the Bundesliga in 1989 with 17 goals and 1991 with 21. However he did not manage to score for the German national team.

In the first doping judgement of the Bundesliga from 16 February 1995, Wohlfarth was convicted of the intake of forbidden substances (anorectics), and received a two-month ban.

The contents of this page are sourced from Wikipedia article on 04 Apr 2020. The contents are available under the CC BY-SA 4.0 license.
comments so far.
Comments
Reference sources
References
http://rsssf.com/players/rwohlfarthdata.html
http://rsssf.com/miscellaneous/rwohlfarth-intl.html
http://www.abendblatt.de/daten/2005/01/24/390581.html
https://www.fussballdaten.de/person/wohlfarthroland/
https://www.worldfootball.net/player_summary/roland-wohlfarth/
https://www.national-football-teams.com/player/17305.html
Trending today in 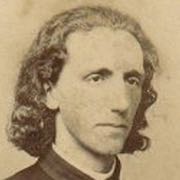