Roland Ratzenberger ([ˈʁoːlant ˈʁatsn̩bɛɐ̯ɡɐ]; 4 July 1960 – 30 April 1994) was an Austrian racing driver who raced in sports prototype, British Formula 3000, Japanese Formula 3000 and Formula One. He died in a crash during qualifying for the 1994 San Marino Grand Prix, the same event at which three-time World Champion Ayrton Senna died the following day. As a direct result of his death, the Grand Prix Drivers' Association was reformed.

Ratzenberger was born in Salzburg, Austria. He began racing in German Formula Ford in 1983, and in 1985 won both the Austrian and Central European Formula Ford championships.

In 1985, he entered the Formula Ford Festival at Brands Hatch in England, finishing second. He returned in 1986, and won it before graduating to British Formula 3 the following season. While in the UK, he briefly gained fame for the similarity of his name to that of TV puppet Roland Rat, with whom he appeared in an edition of TV-am and whose branding briefly appeared on his car.

Two years in British F3 yielded two 12th places in the championship with West Surrey Racing and Madgwick Motorsport. He also raced in other formulae than single seaters, once finishing second in the 1987 World Touring Car Championship driving a Team Schnitzer BMW M3. In 1988 he entered the final few rounds of the British Touring Car Championship in a class B BMW M3 for the Demon Tweeks team.

In 1989 he entered the British Formula 3000 series, finishing third overall.

The same year he raced in the Le Mans 24 Hours for the first time. The Brun Motorsport, Porsche 962 he shared with Maurizio Sandro Sala and Walter Lechner retired in the third hour.

This paved the way for a return to Formula 3000 in the Japanese championship, with the Stellar team in the 1992 season. His year began poorly but, when the team upgraded their two-year-old Lola for a new model, Ratzenberger won once to finish seventh overall. He remained in the series in the 1993 season, finishing 11th.

Ratzenberger tested a Lola T91/00 for Dick Simon Racing at Willow Springs in 1991.

Ratzenberger came very close to securing a drive with Jordan Grand Prix for the team's inaugural season in 1991. Negotiations were at a very advanced stage when Ratzenberger lost the financial support of a major sponsor.

In 1994 he finally achieved his ambition of becoming a Formula One driver, signing a five-race deal with the new Simtek team run by Nick Wirth.

His campaign got off to a poor start at the Brazilian Grand Prix in Interlagos, where he failed to qualify. He got onto the grid for the next round at the TI Circuit in Aida, Japan, as his experience of the track from his touring car days meant he was the only driver in the race who had driven at the venue before. He finished 11th.

Ratzenberger was killed during qualifying for the San Marino Grand Prix at the Imola circuit on Saturday 30 April 1994. He went off-track on the previous lap, damaging his front wing, but rather than come into the pits, he continued, since he was competing for the final grid spot. The high speed on the straight, and therefore the high downforce generated, finally broke the wing off, sending it under the car. His car failed to turn into the Villeneuve Corner and struck the outside wall at 314.9 km/h (195.7 mph). The car struck the unprotected wall with such force that the front wheel penetrated the cockpit. The deceleration caused a rupture in the aorta in addition to a basilar skull fracture (each of these injuries individually are fatal).

Ratzenberger was pronounced dead on arrival at Maggiore Hospital in Bologna, having been airlifted there from the Imola circuit's medical centre, where he had initially been transferred to from the crash site by ambulance. The cause of death was a basilar skull fracture.

Ratzenberger was the first racing driver to lose his life at a grand prix weekend since the 1982 season, when Riccardo Paletti was killed at the Canadian Grand Prix at the Circuit Gilles Villeneuve. Ratzenberger was also the first driver to die as a result of a crash in an F1 car since Elio de Angelis during testing in 1986.

Bernie Ecclestone persuaded the Simtek team to take part in the race the following day to overcome the shock. Out of respect, Ratzenberger's spot on the starting grid was left empty. Ratzenberger's teammate, David Brabham, retired after 27 laps.

His death had one lasting legacy. On 1 May 1994, during the customary drivers' briefing, the remaining drivers agreed to the reformation of the Grand Prix Drivers' Association, with Senna, Gerhard Berger and Michael Schumacher as its first directors. The association subsequently pressed for improvements to car and circuit safety in the wake of Imola and other serious crashes during the 1994 season; for 2003, the FIA mandated the use of the HANS device, designed to prevent the type of injury suffered by Ratzenberger.

Three time world champion Ayrton Senna learned from friend and neurosurgeon Sid Watkins that Ratzenberger had died. When the two left the medical centre together, Watkins told the inconsolable Senna that he did not have to race ever again and suggested to Senna that he withdraw from the following day's race and go fishing with him. Senna responded by telling Watkins he could not stop racing and then went back to the garage, where he decided to withdraw for the remainder of that day's qualifying session. At the race the following day on lap 7, the second lap at racing speed, Senna's car left the racing line at the 305 km/h (190 mph) Tamburello corner, running in a straight line off the track he struck an unprotected concrete barrier and was killed. When track officials examined the wreckage of Senna's racing car, they found a furled Austrian flag. Senna had planned to raise it after the race, in honour of Ratzenberger.

FIA president, Max Mosley, attended the funeral of Ratzenberger, despite the overwhelming attention on Senna's funeral, both in the world of motorsport and worldwide. In a press conference ten years later Mosley said, "Roland had been forgotten. So I went to his funeral because everyone went to Senna's. I thought it was important that somebody went to his." Other members of the Formula 1 community who attended were teammate David Brabham, Johnny Herbert, Heinz-Harald Frentzen, and Ratzenberger's compatriots Karl Wendlinger and Gerhard Berger: they were the only five F1 drivers who attended.

Ratzenberger was due to drive later that year in the Le Mans 24 Hours for Toyota. Eddie Irvine took his place in the team, and Ratzenberger's name was left on the car (which went on to take second place overall) as a tribute.

† Did not finish, but was classified as he had completed more than 90% of the race distance. 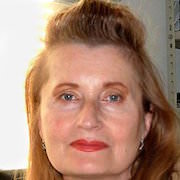 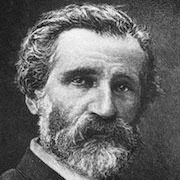